The Sea at Last!


For a person growing up and living all my life in the centre of the country, the seaside has played a huge part in my life. As a child I spent holidays at the Lincolnshire coast in our family caravan. I'm not sure how many weeks we stayed there but Dad was left at home to work, and picked up at the seaside train station at the end of the week, so I'm guessing longer than the normal two weeks. Plus we went at Easter, and Whitsun, and late in Autumn to clear everything out before 'closing down' for winter. 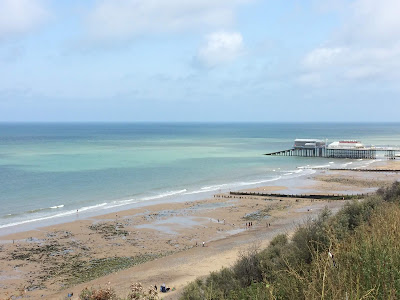 When I was older, my parents bought a smaller touring caravan and my seaside horizons expanded - south to Devon and Cornwall, north to Scotland.
As an adult, I've kept up similar patterns of lots of short breaks and holidays all heading towards the sea. 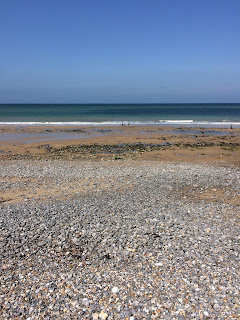 These last few years though I haven't been able to get away from home.
The last time I stood on a beach was three years ago at Curious Arts Festival, the last time I went swimming was the year before at St Davids. 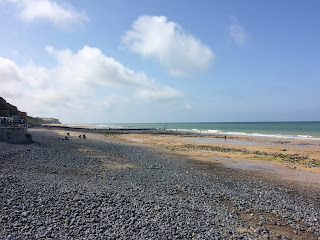 Last week, standing on the sand at Cromer, I was hit by the realisation of how much I've missed the seaside; the wide-open spaces, raucous seagulls, sea breezes. 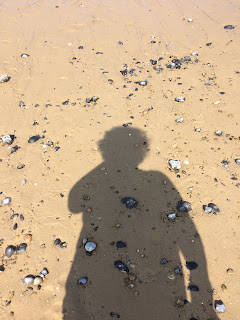 We DID do other things but most of our two days in Norfolk were spent near, if not on, the beach. 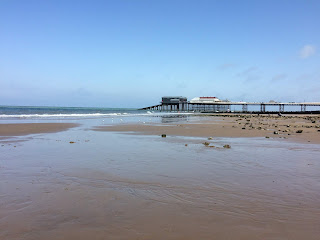 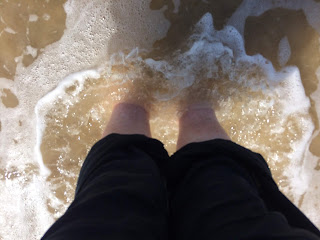 First at Cromer, where I went paddling. If only I'd ignored the wet weather forecast - I might have taken a swimming costume! 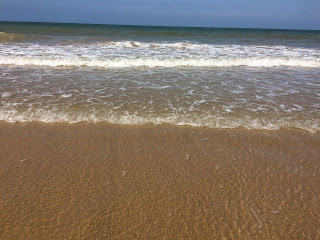 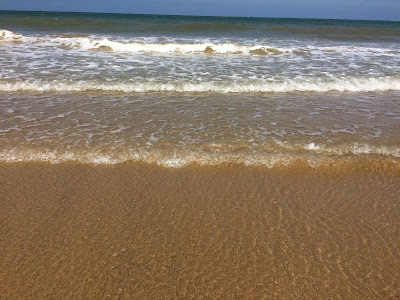 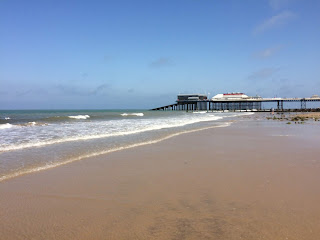 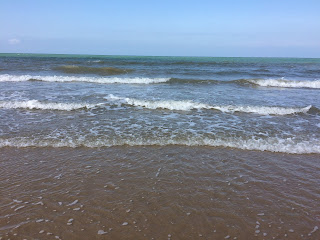 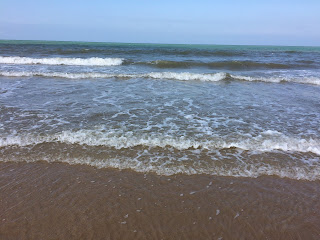 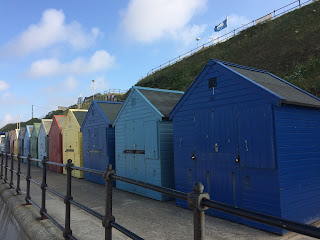 Then further east to Mundesley, with its row of brightly painted beach huts, and a cafe sitting high in the air with wonderful views. 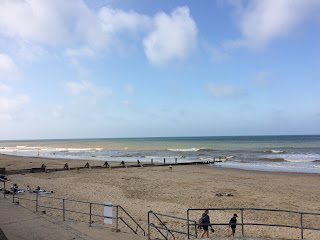 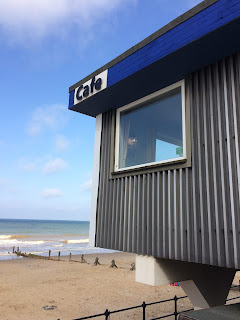 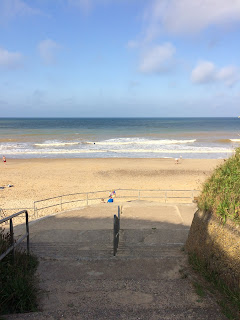 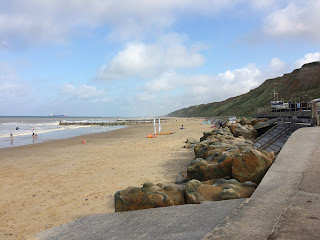 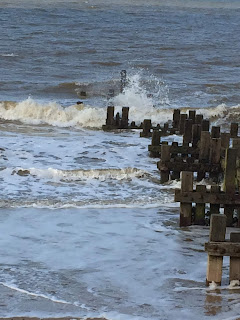 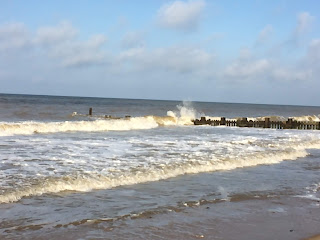 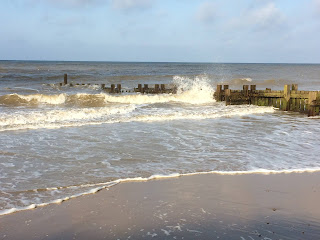 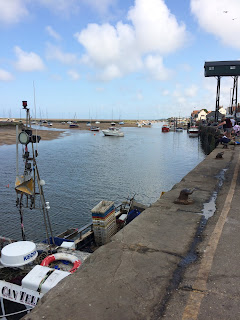 Next day we headed to Wells which is not as 'next the Sea' as its name would infer, but on a creek which leads to the real sea a mile away. It's still a place of seagulls, fishing boats, and lobster pots, and fish and chips eaten on the harbour wall. 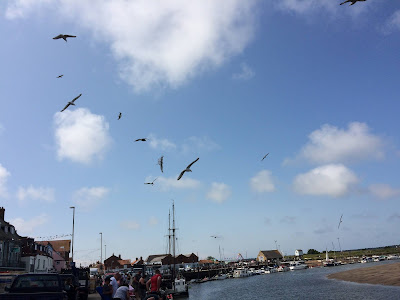 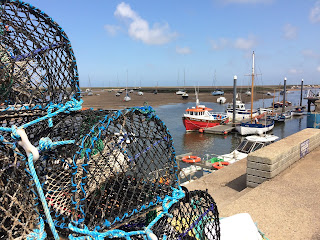 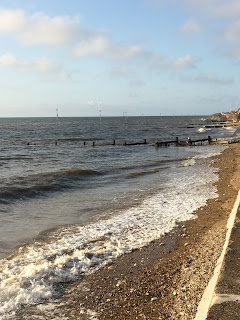 And lastly, Hunstanton where I'd hoped to go paddling again, but the sea had come in too far leaving no space - well, unless I fancied travelling home in wet trousers! 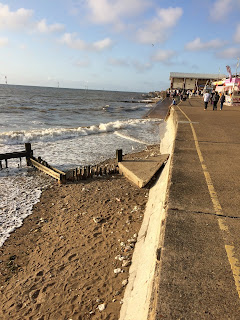 Two days have definitely confirmed my love of the seaside. I'm off to Edinburgh soon to see some of the Fringe and Book Festivals, but I think I'll need to sneak away to the sand at Portobello, at least for a few minutes.
Posted by maryom at 18:57