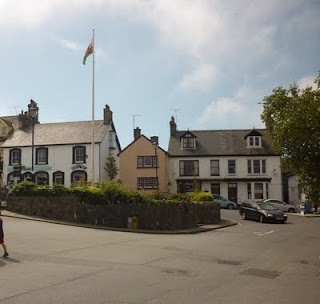 Over the half-term holidays, we headed to far West Wales - to St Davids, Britain's smallest city, feeling barely much more than a large village, with a village square, colour washed houses and, tucked in the valley below, the cathedral and ruined Bishop's Palace. 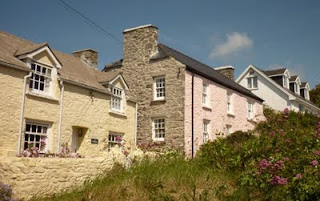 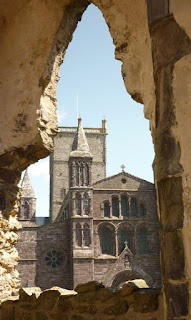 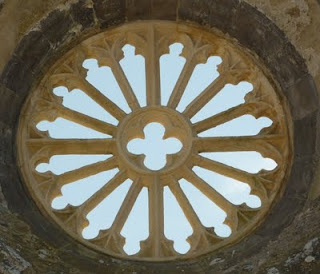 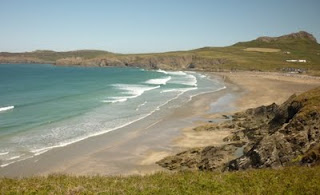 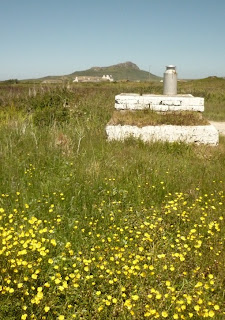 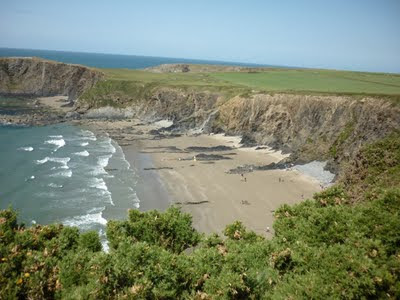 taking in the scenery on the coastal path 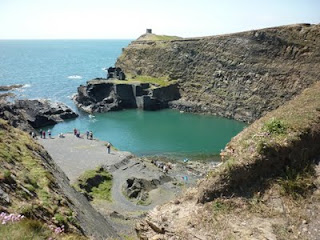 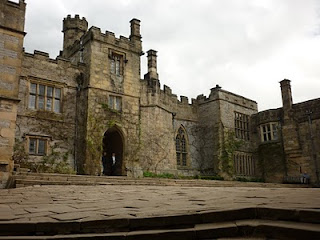 Another visit to Haddon Hall - this time to see The Tudor Group laying on a feast. 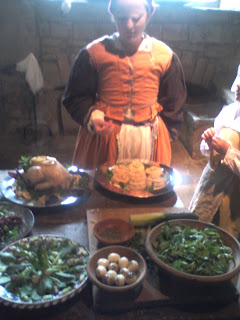 In the kitchen, costumed cooks prepared the food and answered questions from curious visitors. The original Tudor kitchen is still more or less intact so the bread oven had been heated up and bread was baking in it, while the meat roasted in another oven. All preparation was done as near as possible to the way it would have been done in Tudor times with period utensils such as a whisk of birch twigs. 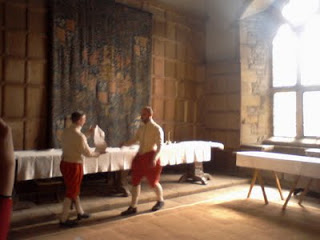 In the Great Hall the servants set the table - with a great deal of ceremony, bowing to the lord's seat each time they approached with tablelinen or crockery. 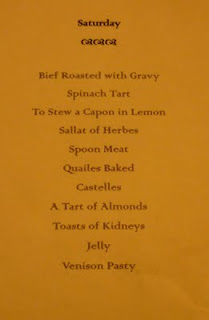 We visited on Saturday when the menu included recognisable food such as roast beef, stewed chicken and venison pasties (looking very like small pork pies) and some oddities such as castelles. This was a pie shaped like several castle towers - each with a different filling - finely chopped pork in one, stewed fruits in another, a custard-like filling for a third.

As a keen cook, I found it all absolutely fascinating. I just wonder how many of the dishes I could try out on my family....
Posted by maryom at 18:09 No comments: