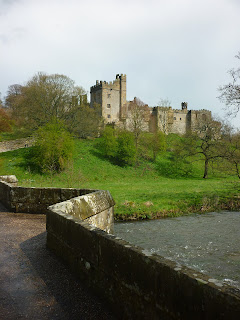 For the second part of our busy weekend, we went somewhere a little nearer to home - Haddon Hall - for a day of Tudor cookery and feasting.


This was another event by the ever popular Tudor Group, who specialise in bringing the Tudor world to life through re-enactments. This weekend they were preparing a feast for the lord of the manor - using techniques and equipment from the period. It was possible to walk among the cooks, watch them at work and ask questions.

There was the sort of thing you might expect of Tudor banqueting - a roasted pig's head, for example, 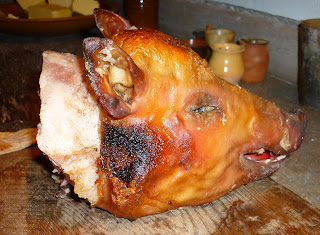 but also other, to me more fascinating, things were being prepared...


The time and effort involved in presentation was staggering - not  only in the things we might expect, such as whipping cream or grinding nuts by hand.....


....but in the presentation of food for the table. Ground almonds and sugar were made into marchpane (marzipan), coloured and formed into all sorts of dishes

the pastry to this pie is being shaped and decorated as a peacock. 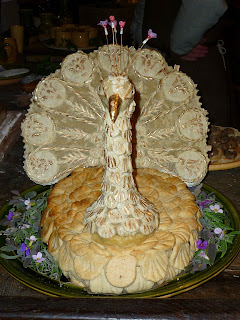 in all his finished glory, waiting for the Lord's table

More prosaic items, that we take for granted, also had to be laboriously hand made. Some of the team members were busy making sausages the hard way....

At last everything was ready for the High Table in the Great Hall.... 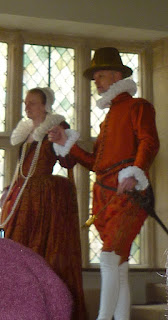 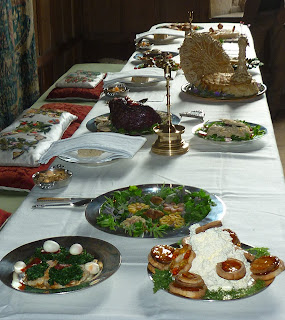 A totally fascinating day  - I just wish I'd been able to sample some of the food! 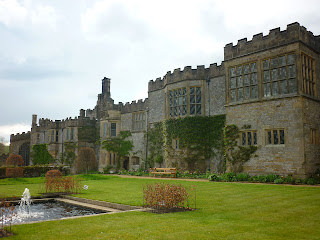 This weekend saw the launch of a new literary festival in the small town of Chipping Norton. I signed up a while ago for the mailing list and was automatically entered into a ticket prize draw - of which I was one of the lucky winners!! 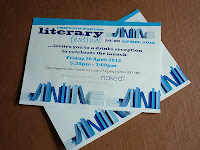 Unfortunately due to distance, time and family, I couldn't make full use of my prize and attend EVERYTHING! I would have loved to have caught a lot more than I did - particularly the drinks reception on Friday evening, which I was allowed to attend as a prize winner, and Jasper Fforde on publishing unconventional novels on Sunday - I caught him briefly last summer at Edinburgh Lit Fest and he was hilariously funny. 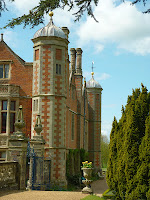 We decided to go to a couple of events, held on Saturday, of special interest to our teenager and after a brief stop-over for lunch at Charlecote Park near Stratford,

we arrived with plenty of time to spare before the first of our picked events - Guy Browning's talk entitled Making A Living Without Any Serious Work. It's easy to see why a talk with this title would appeal to a teenager but it was a fascinating and funny account of how chance, luck and the letter 'K' had played such a large part in Guy's career - from allowing him to leave his advertising job to producing a film, Tortoise in Love, along with his whole village and premièring it in Leicester Square. In many ways, his life seems very like a feelgood movie and I hope it continues that way. As a special treat for his audience, Guy had brought along copies of one of his books, The Lost Pond, to give away. He must be a very modest chap though and not expecting a large crowd - as he only brought 12! 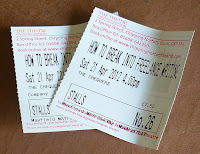 Our next event followed on immediately so we had a dash across town to the Chequers Inn for Emma Lee Potter's workshop - How To Break Into Freelance Writing. This was a more practical talk, full of useful advice for aspiring journalists - which I'm not going to pass on! Emma was very helpful, answering lots of queries from the audience and pointing them in the direction to find out more. The Teen certainly came away inspired and more confident of how to progress in this field, and hopefully others did too. Emma is one of many people that I've 'met' through Twitter and I'm a regular follower of her blog, so it was lovely to be able to actually meet her. 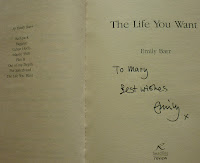 Meanwhile Emily Barr had been holding an event Bringing your Characters to Life in the Jaffe & Neal bookshop just down the road. I discovered her novels by accident through a Twitter give-away and was pleasantly surprised to discover more grit and depth in them than might be expected from their covers. So I couldn't pass up the opportunity of stopping by to say 'Hi' and get my copy of The Life You Want signed.


After that, it was time to head back North up the motorways, accompanied on the way by rainbows. 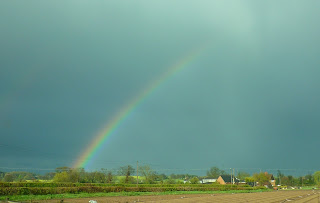 Hopefully, we'll be back to Chipping Norton festival next year - though I'd hope to make it a longer stay.

The Forestry Commission picnic area at Bwlch Nant yr Arian near Aberystwyth is one of our favourite stopping-off points on trips to Wales. From the back of the car park, you can look down Cwm Melindwr towards Aberystwyth and on a clear day catch a distant glimpse of the sea. 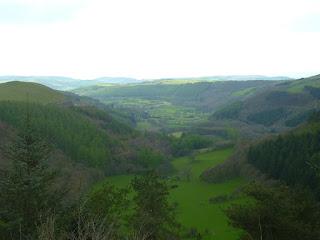 Go the other way and walk round the small lake.... 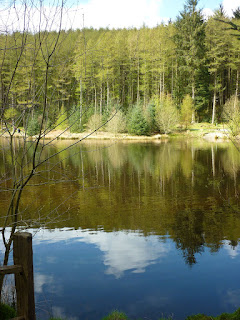 ...and maybe catch the red kites coming in for their daily feeding session 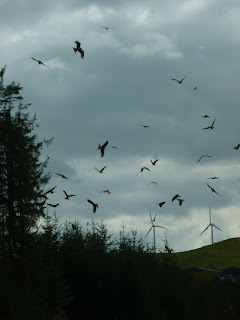 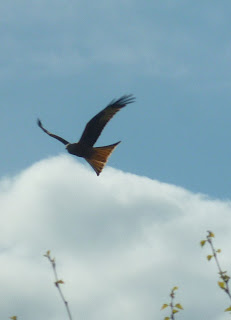 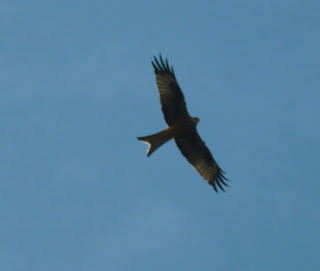 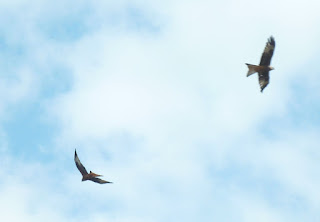 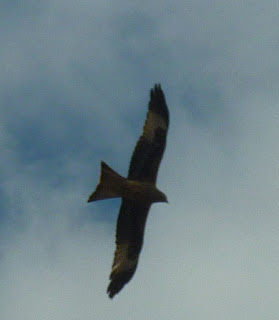 This was the first time we'd managed to time our stop-over just right to catch them at dinner. 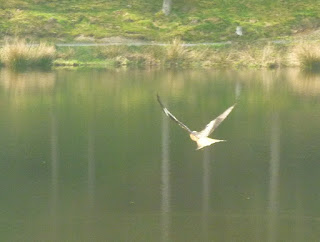 Having at last seen this amazing sight, we'll make sure that in future we pass by at the right time of day!

keep an eye on who might be visiting my local bookshops for events so when I saw Caroline Pitcher would be story-telling in Derby Waterstones, I decided to go. Why, you might ask,
did I want to go to a story-telling session? Aren't I a bit old? Well, to be honest, my prime motivation was the book-signing afterwards. Since she was very small, my daughter has collected books by artist/illustrator/writer Jackie Morris and been lucky enough to meet Jackie and have the books signed. I knew some had been illustrated by Jackie but written by Caroline Pitcher, so I thought this would be a lovely opportunity to get them also signed by Caroline. 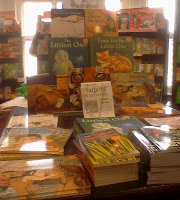 Despite our best efforts (well, it was Saturday morning and first day of Easter school holidays, after all) I missed the beginning of the story-telling but caught Caroline reading the end of The Winter Dragon to a group of enthralled children, followed by the Snow Whale, which is illustrated by Jackie Morris, and which I remember reading many times to my daughter.

I had a brief chat with Caroline afterwards and was delighted to get all five of our books signed. 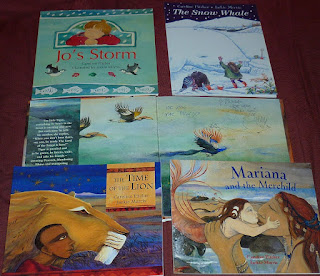