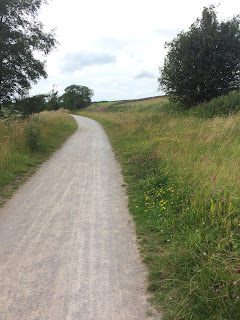 On the way home from our afternoon in Buxton, we stopped off for an impromptu adventure. The road we were following had been running alongside the High Peak Trail for a while so at Parsley Hay we decided to pull up, look at the view, and maybe take a short walk.
The trail itself is an old disused railway track (so no more fearsome gradients this day), and Parsley Hay was once the site of a small station. Now you'll find a cafe, toilets, and cycle hire. By now it was early evening, the last cyclists were returning their bikes, and the track was quiet. 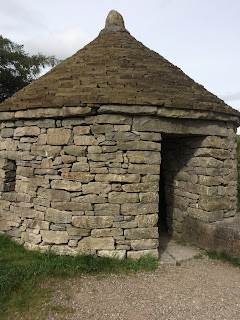 We headed north(ish) along the track and soon came across this small building, a replica of a Croatian shepherd's hut, erected in memory of Professor Nenad Bicanic. The plaque didn't really explain who he was or why a memorial should be built here but a search on the web informed me he was a professor of civil engineering, so maybe he had a personal interest in this former railway. 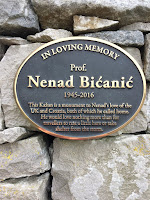 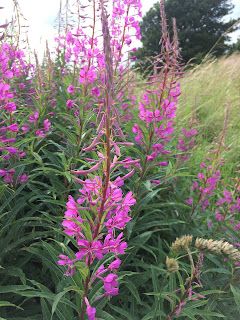 We'd chosen our direction hoping for good views - which there were - but these were over-shadowed by the mass of wild flowers growing alongside the track. 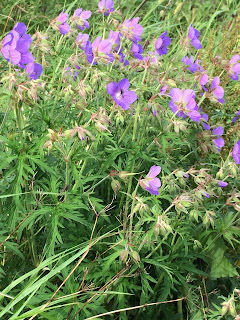 This summer seems to have been a good one for wild flowers with councils allowing verges to grow long to encourage flowering, but here away from exhaust fumes the flowers were astounding - so many different types sometimes mixed together, sometimes growing in patches of a single flower. 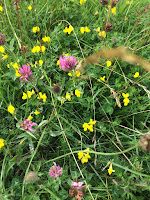 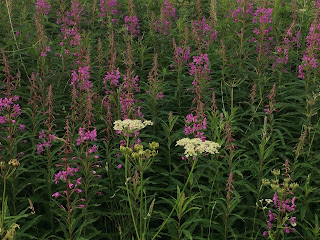 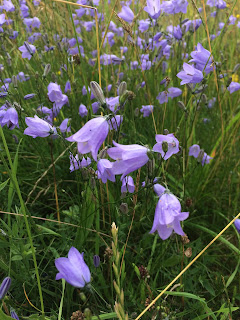 It was almost like walking between two flower beds. 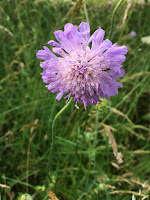 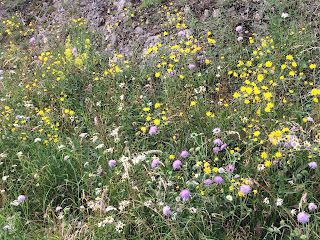 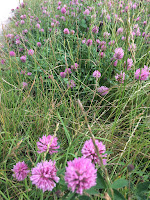 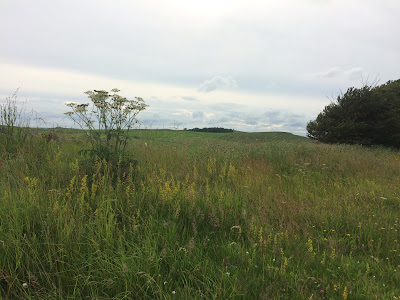