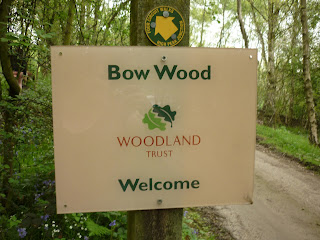 It's bluebell time again so off we went for our traditional family bluebell walk - from Lea Bridge up the flower covered hillside, down to Cromford and back along the canal.

and if this isn't enough bluebells read last year's post or check out the daily walk through them
Posted by maryom at 22:05 1 comment: 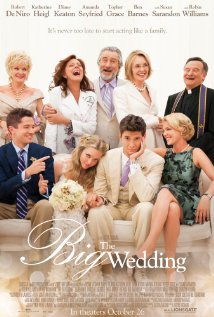 Diane Keaton and Robert De Niro play a divorced couple, Ellie and Don, meeting up for the first time in years for the wedding of their adopted son, Alejandro. To further confuse matters, Don is now living with Ellie's former best friend, Bebe (Susan Sarandon), and Alejandro somehow didn't bother to inform his real mother that his adoptive parents got divorced. As she's arriving from Columbia for the wedding, he'd like Ellie and Don to pretend to still be married - just for the duration of his wedding. Will they re-ignite their old spark? and where does this move leave Bebe?
Throw in some further romantic difficulties for Ellie and Ben's two other children and you've got a multi-generation rom-com - sort of It's Complicated meets Mamma Mia.

The Big Wedding is just about as star-studded as you could get - you might even spend more time thinking "Where do I know s/he from?" instead of actually watching. Robert De Niro wouldn't have been my first thought for casting in a romcom but he pulls it off surprisingly well. It's fun and light, everyone looks gorgeous and if it is a little predictable, so what? It's a romcom not deep psychological drama.

Would I watch it again? Probably when it turns up on TV - not one I'd dash out to buy the dvd of.

Remember the dvd challenge the Teen and I set ourselves? A sort-of 6 degrees of separation style thing -  basically, the dvd we just watched and the next one to be watched must have an actor in common. It's a very geeky way to chose what to watch, but whatever!
Last time I commented on it we'd watched 5 dvds. Well, we've now reached 36. The full list with linking actors is on the separate 2013 '6 Moves' DVD Challenge page.
We've only watched one dvd twice - Shakespeare In Love - and only used one actor - Hugh Grant - more than once as a link. Good going so far I think
Curiously we've found that it's often not the stars that make the connection to the next movie but the supporting cast - the guy playing the lead's best friend or the next-door neighbour. Least significant "linking" roles have to include Dylan Moran's brief appearance as a shoplifter in Notting Hill or maybe Paul Brooke playing a flower-shop owner in Alfie and publisher Mr Fitzherbert in Bridget Jones' Diary.
And the strangest move so far is Sliding Doors to The Secret Garden via John Lynch.
Posted by maryom at 09:00 No comments:

Bluebells on the Daily Dog-walk 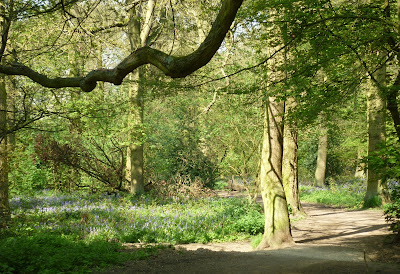 We haven't got round to going for our long bluebell walk near Cromford yet this year but meanwhile here are photos from our daily dog-walking wood.....

it's amazing to have such a beautiful place right on our doorstep, especially at this time of year 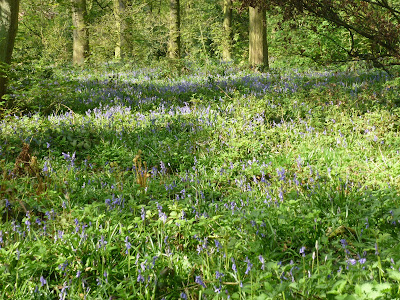 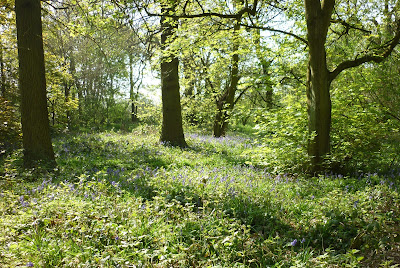 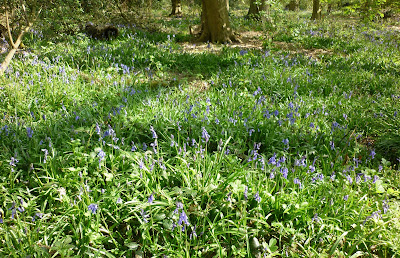 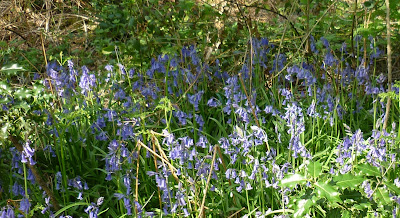