Well the first series of Hinterland has finished - on a bit of a cliff-hanger it must be said, with the last programme raising all sorts of issues that didn't get sorted, so hopefully DI Matthias and his team will be back very soon.
I've blogged about this series before when I watched the Welsh-only version Y Gwyll via S4C clic last Autumn and wondered if it would feel any different watching the (mainly) English version.

Set in and around Aberystwyth, it's as dark and brooding as any Nordic Noir lover could wish for; the mountains and windswept marshes provide the perfect setting. I'd caught glimpses of the brooding landscapes before but had always been distracted by having to follow the subtitles. This time I could appreciate the photography and direction more but somehow it lost that special Welsh feel to it.
I was a bit surprised that the 2 hour-long programmes were reduced to 90 minutes, but perhaps this was only down to losing the advert breaks and second set of titles and credits; I didn't feel anything was missing from how I remember the plots panning out.
As I said, the whole series built up to a cliffhanger, plus there are personal issues surrounding Matthias that haven't been explored yet, so I'm hoping it will be back on our screens soon, whichever language it's in.
Posted by maryom at 10:27 No comments: 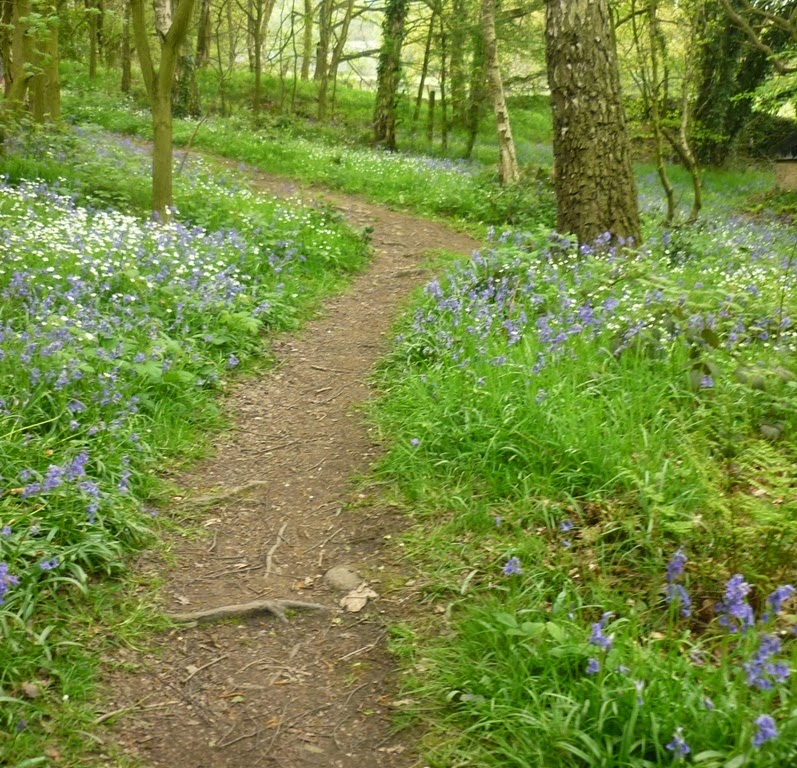 I feel like I've been waiting for weeks as friends further south post photos of 'their' bluebells - well now bluebell time has reached Derbyshire, specifically Bow Wood near Cromford.


We chose a slightly different walk this year - up the usual path with bluebells and stitchwort on either side.. 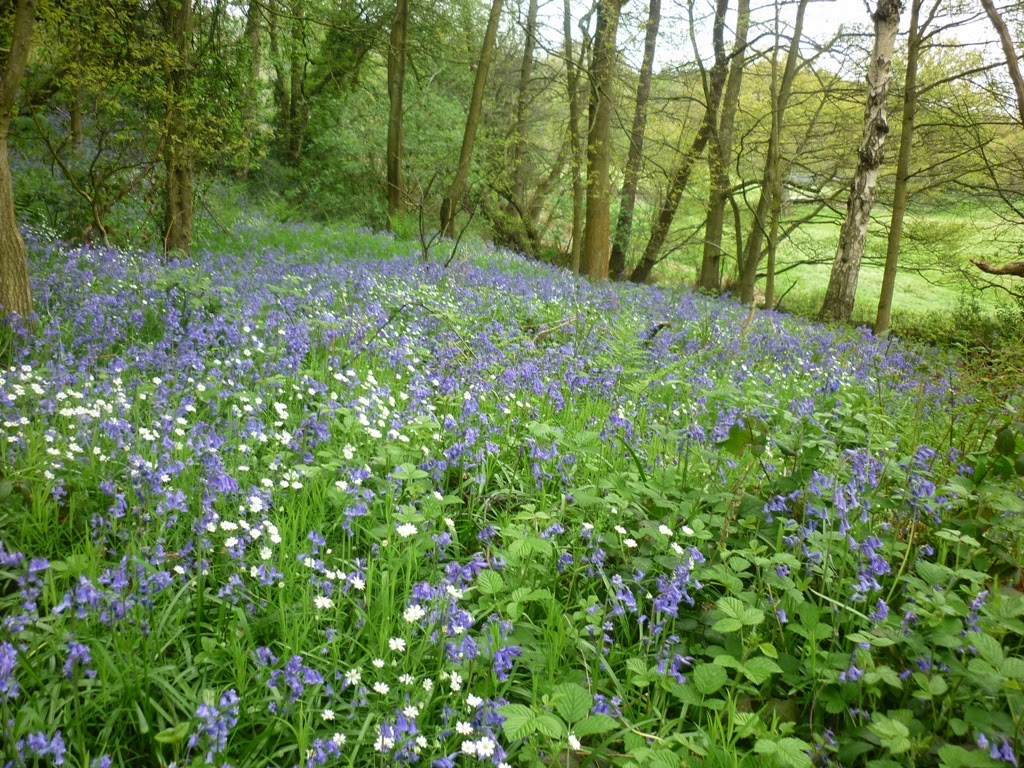 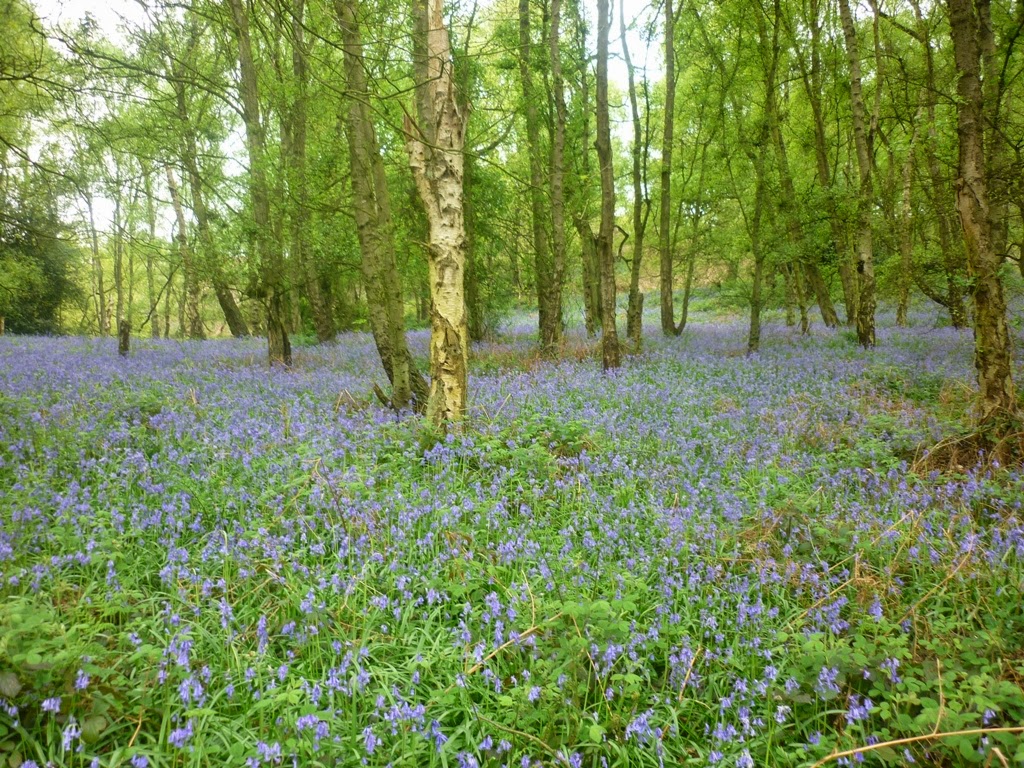 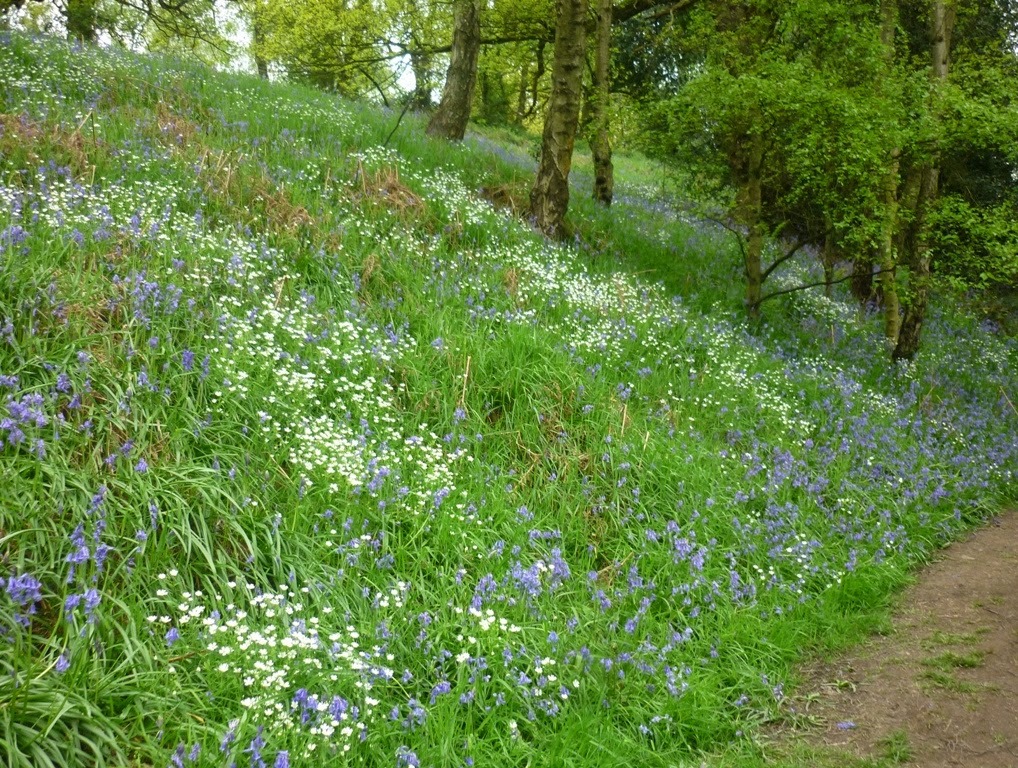 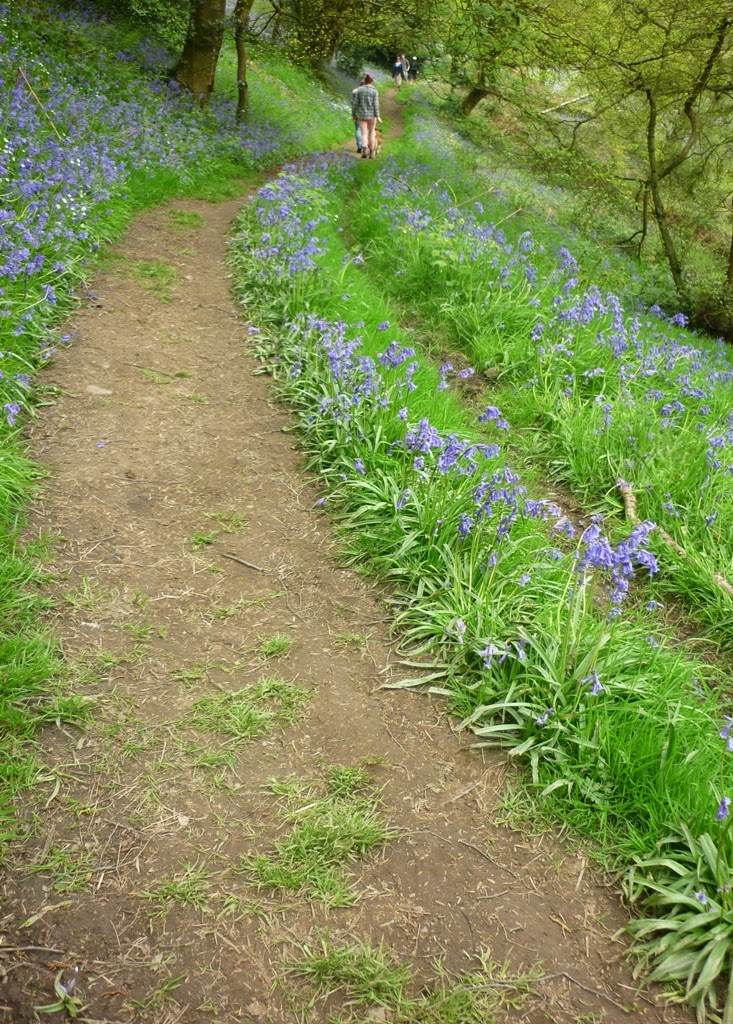 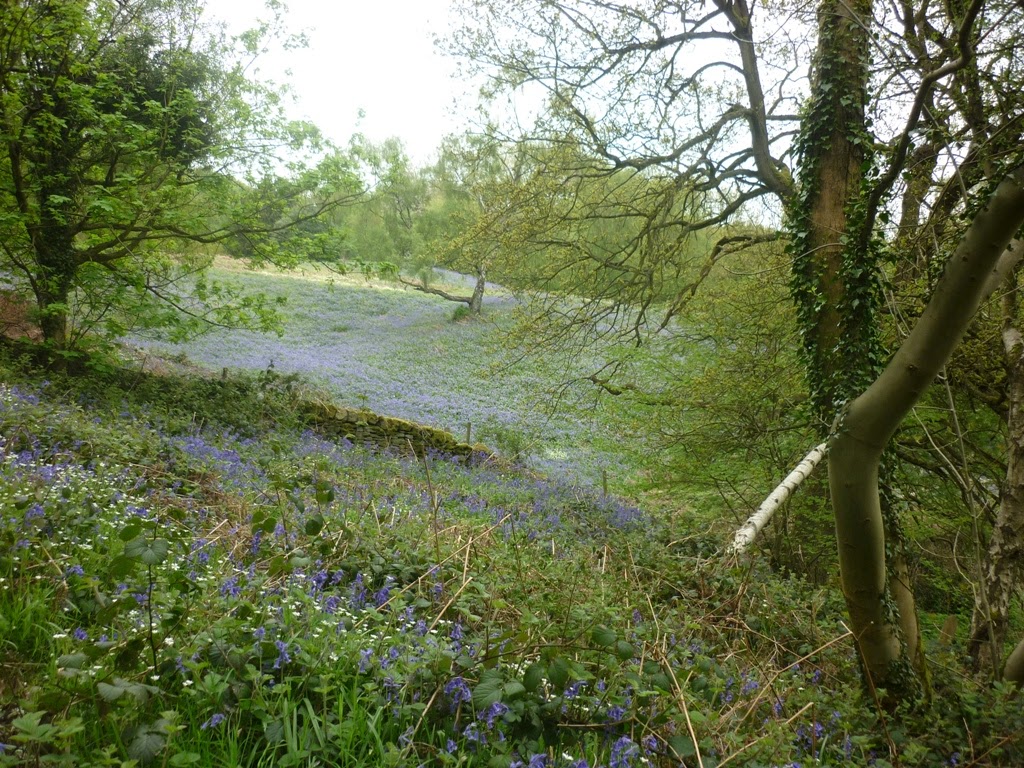 ..to that first glimpse of the open field full of masses of flowers... 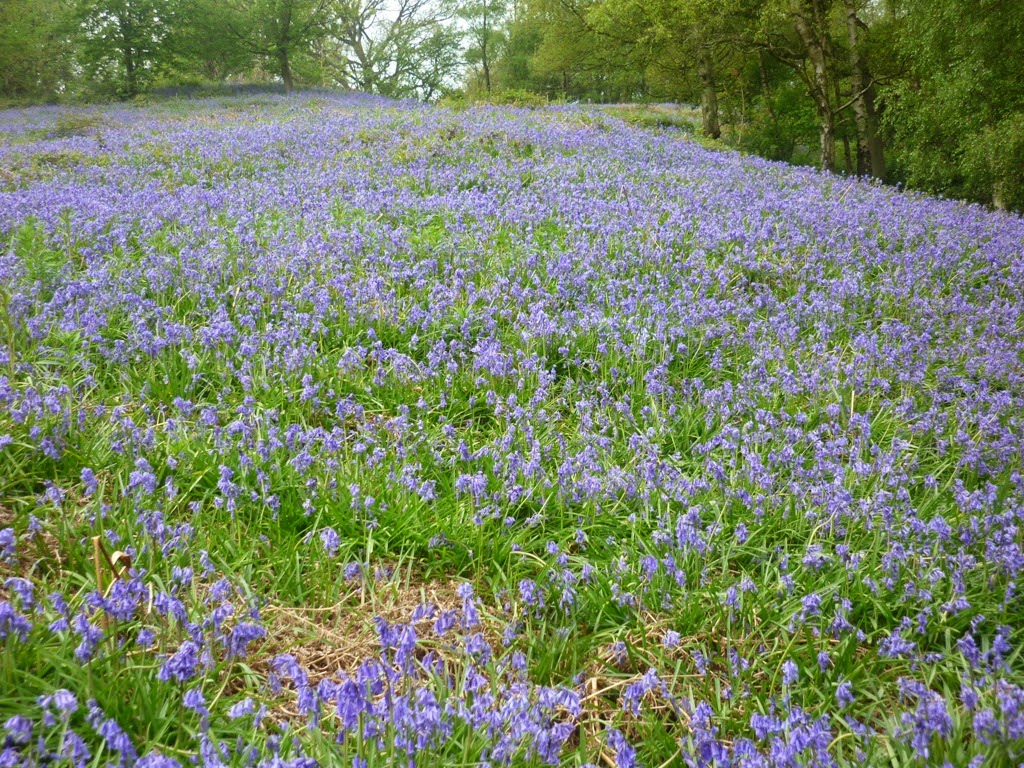 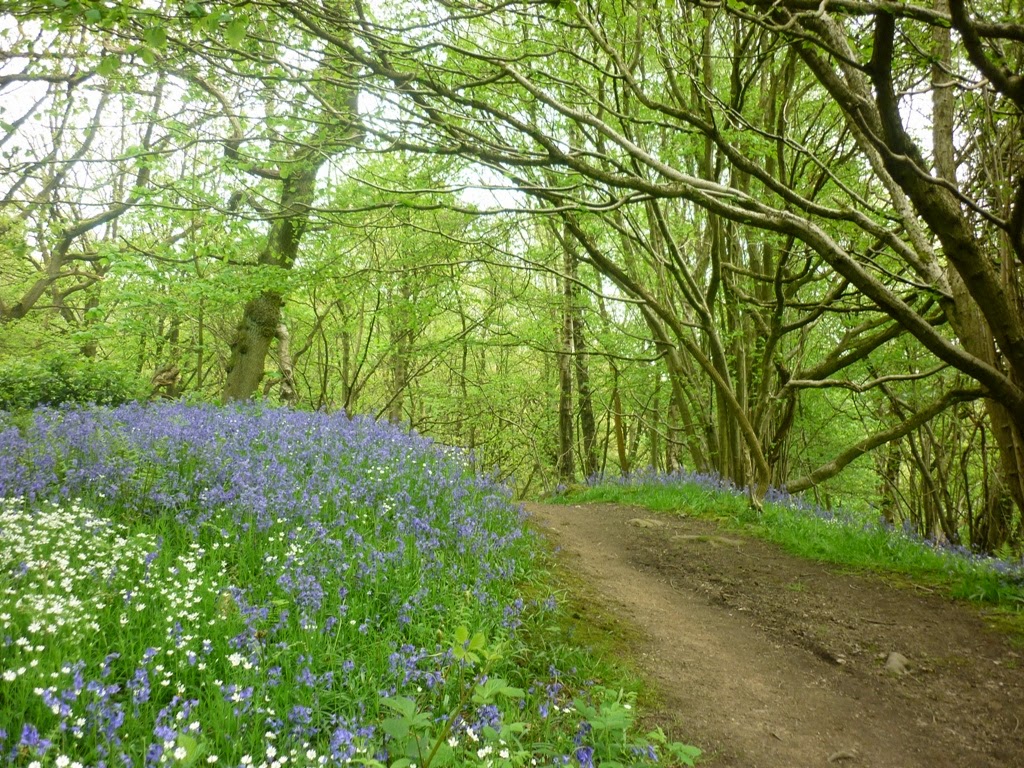 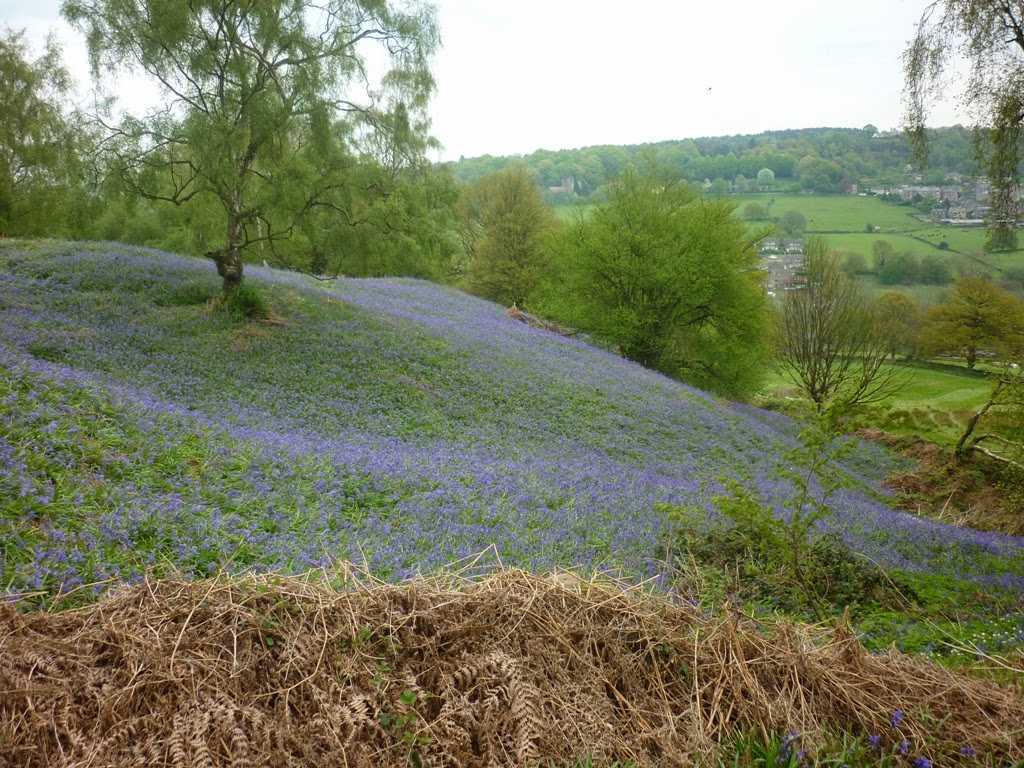 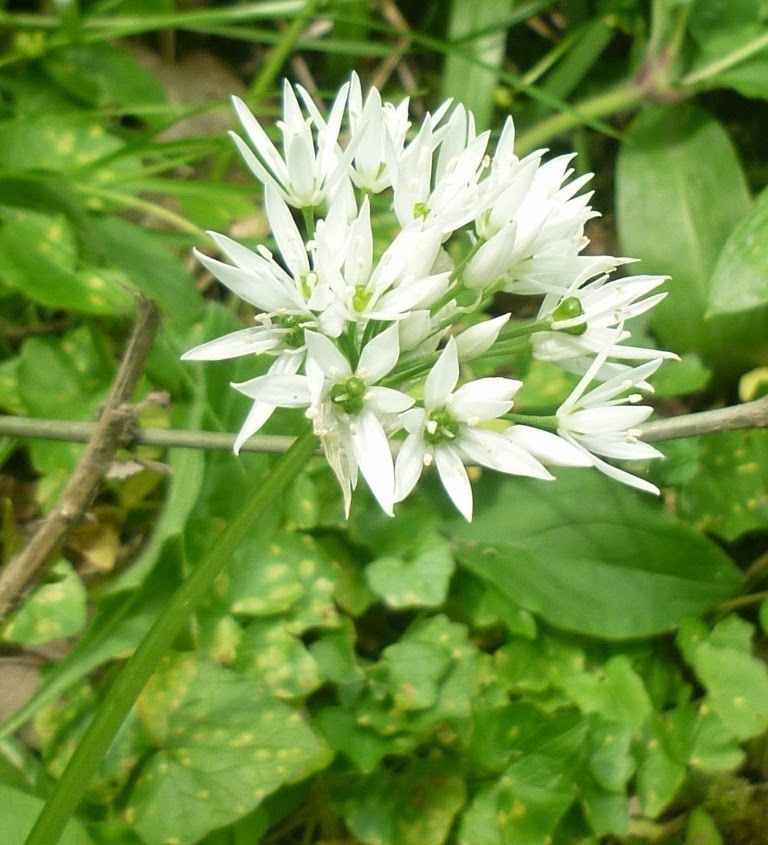 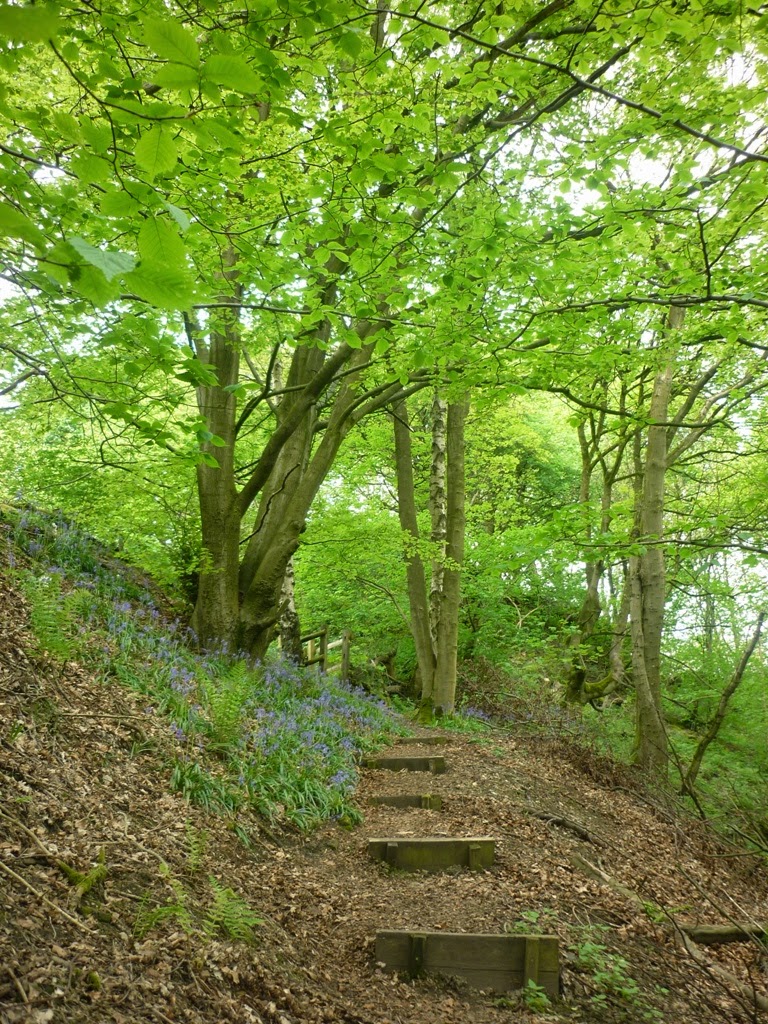 ..with the hardest climb saved till last 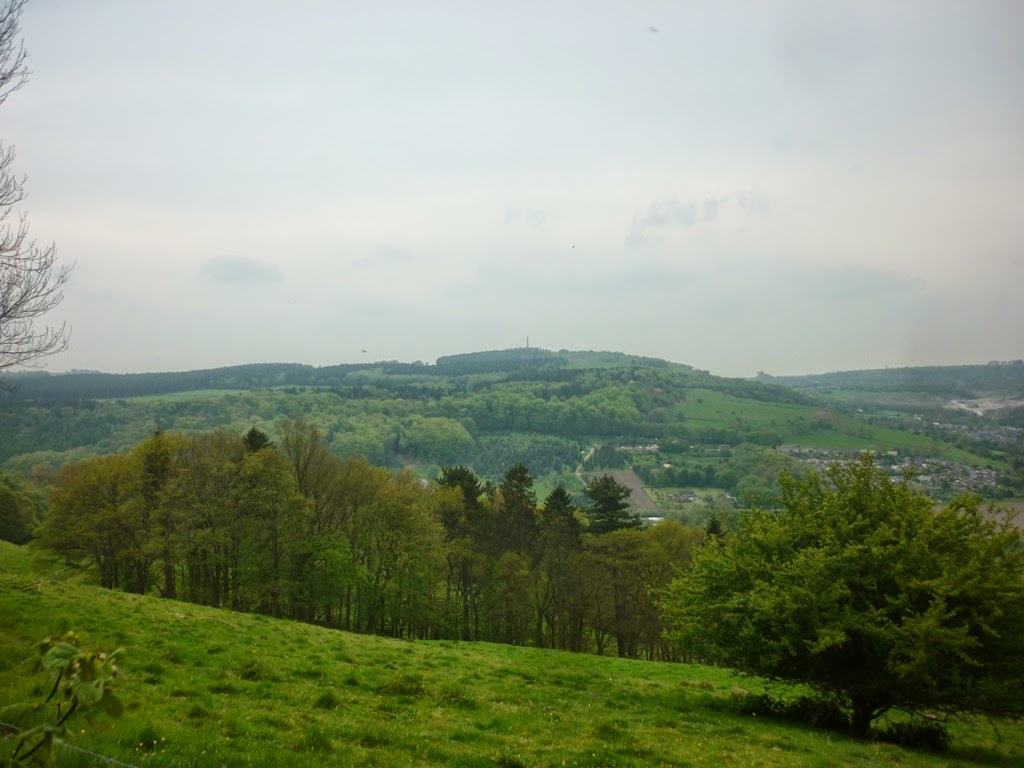 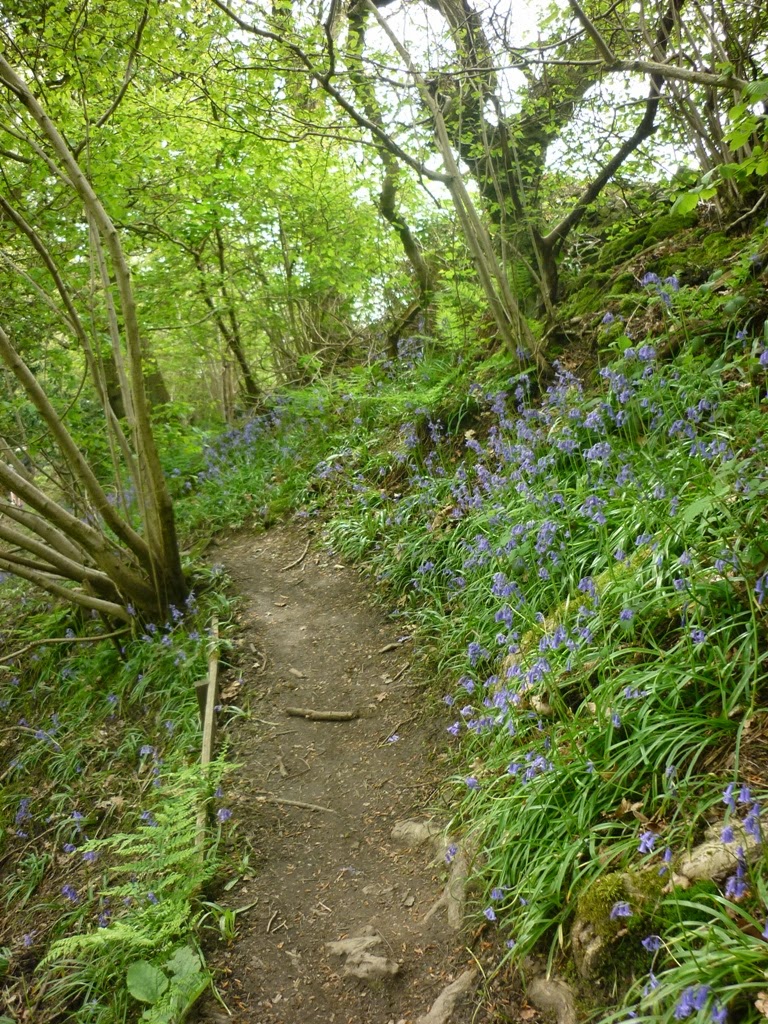 then along the ridge.. 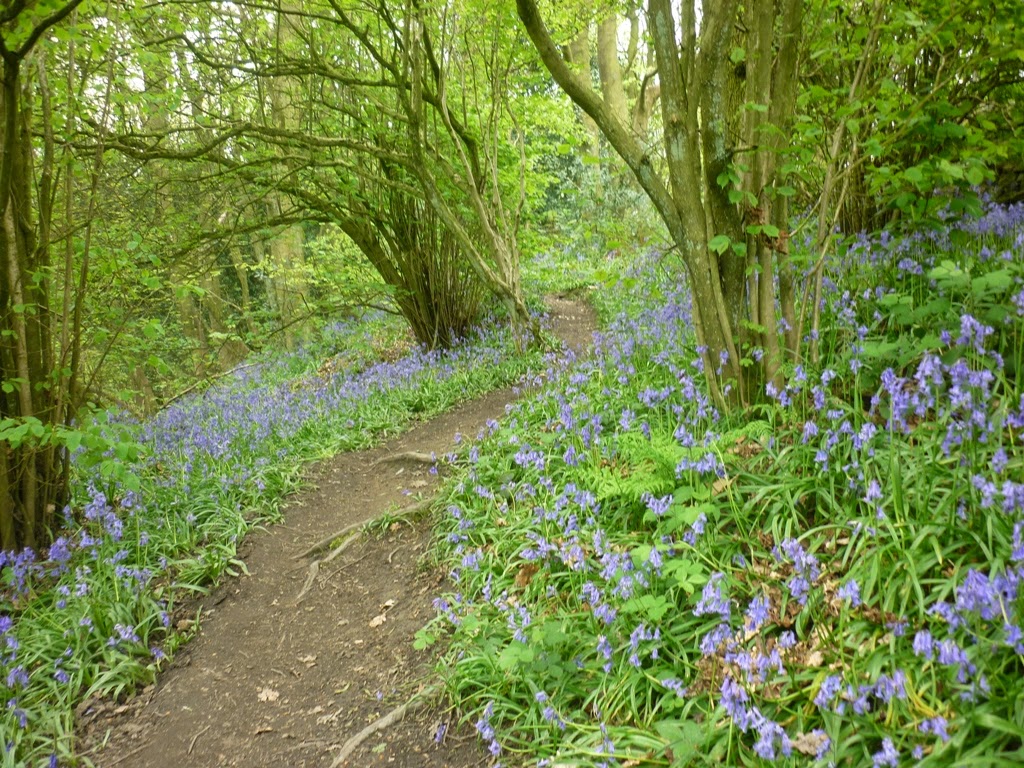 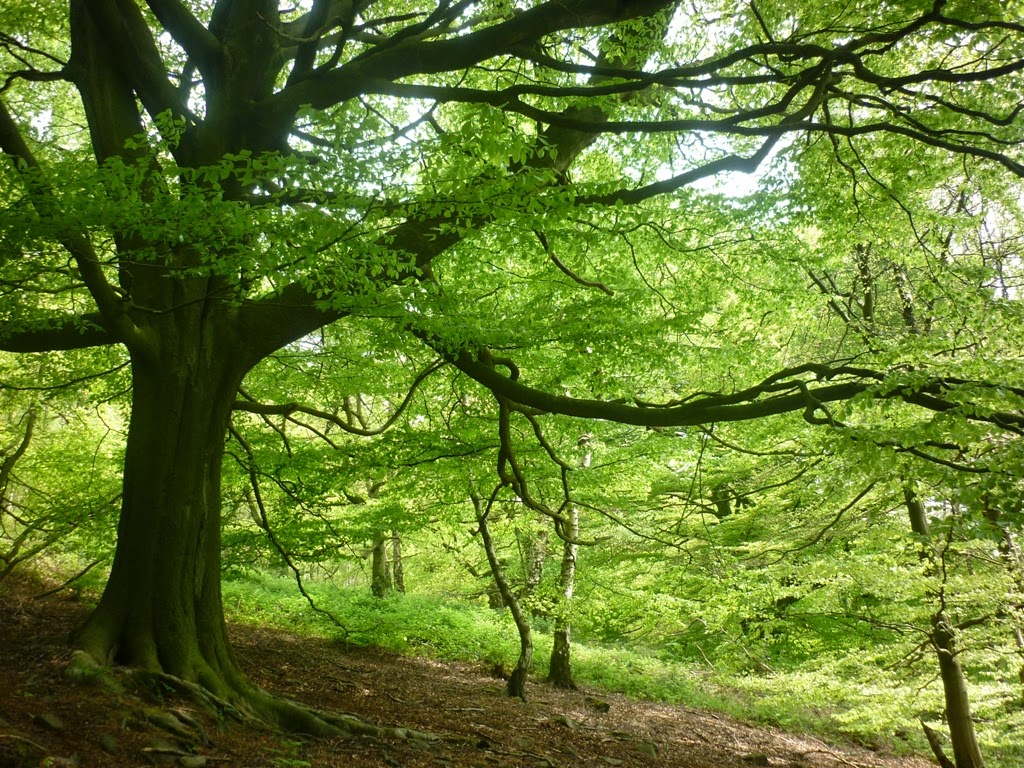 and down through beech woods 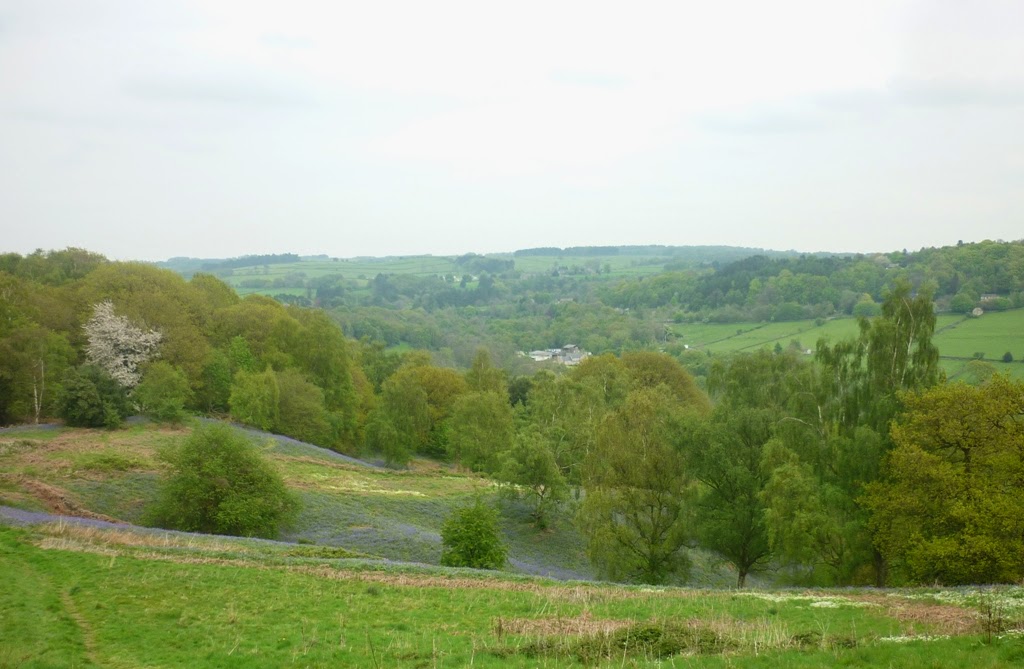 looking down on the flowers we passed on the way up 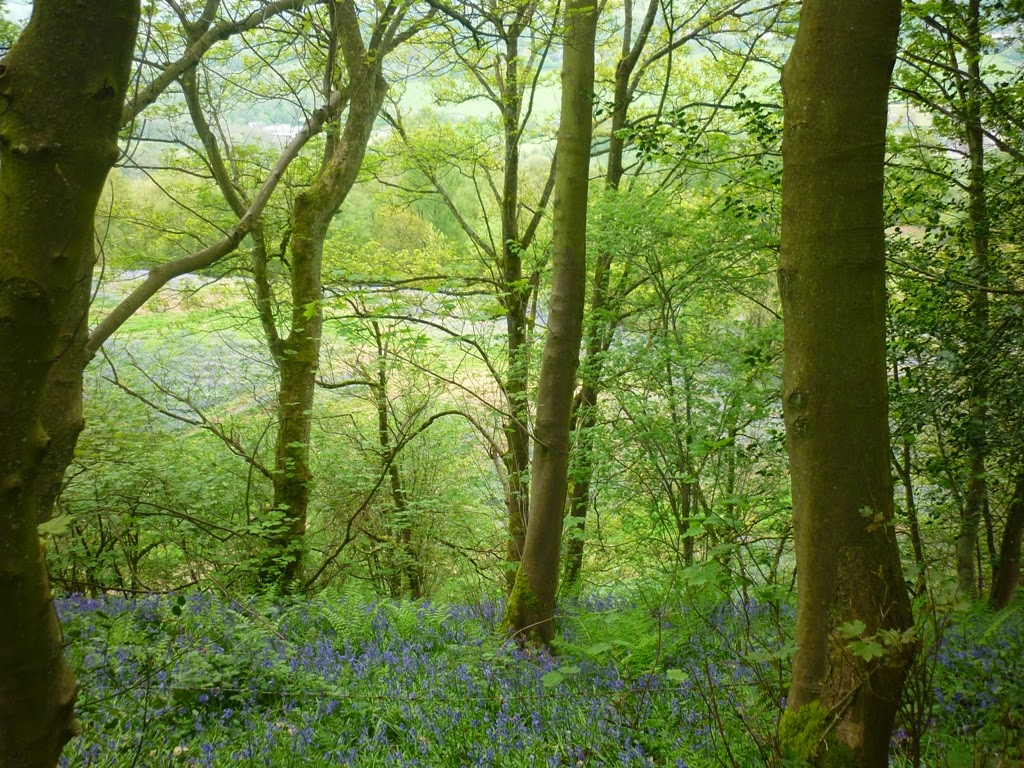 A Taste of Honey - Derby Theatre 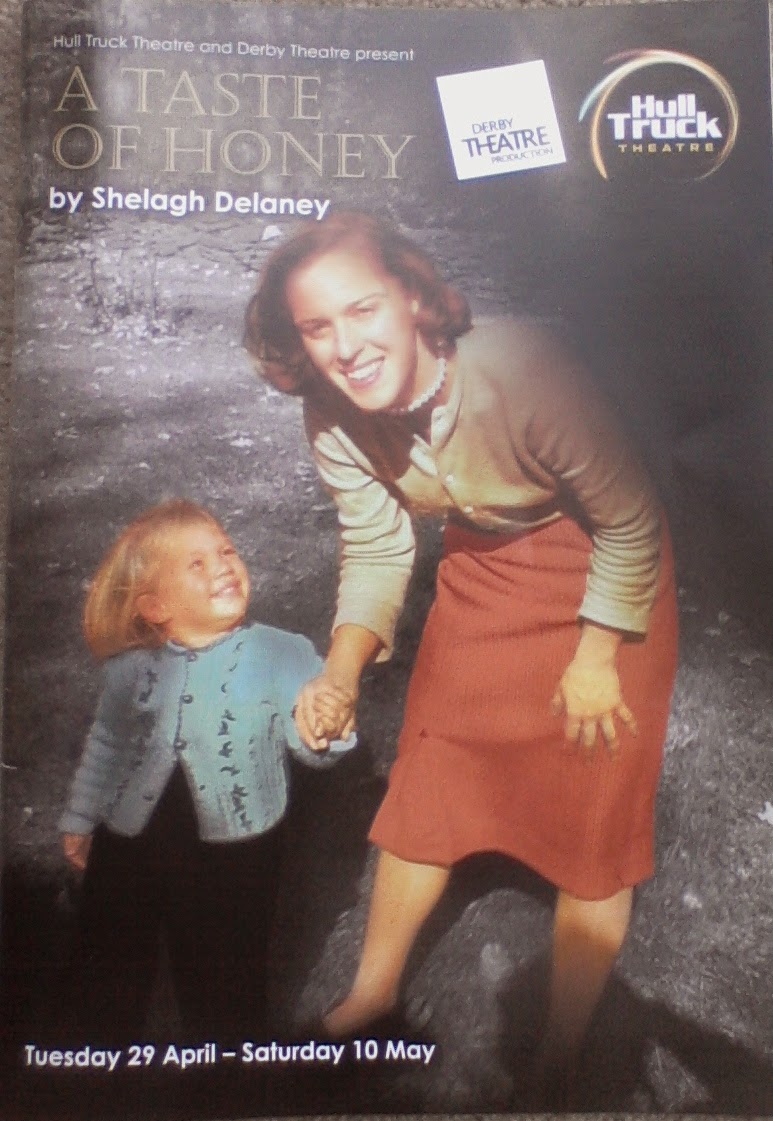 Derby Theatre's latest offering is a revival of Shelagh Delaney's A Taste of Honey co-produced with Hull Truck Theatre. When I first flicked through the spring brochure from Derby Theatre, this was the production that caught my eye so when I was offered tickets, I jumped at the chance.
It's a complete change of mood to the last performance I saw at Derby Theatre - The Odyssey.  Set in late 1950s Salford, A Taste of Honey is a real-life, 'kitchen-sink' drama that tells the story of Jo (Rebecca Ryan) and her man-hunting mother Helen (Julie Riley). When Helen goes off with yet another man, Jo turns to black sailor Jimmy for comfort. His shore-leave over, Jimmy has to return to his ship and Jo is left alone ...... and pregnant....
For a play written over 50 years ago, it feels remarkably up to date and as relevant now as then. I almost felt that if the setting and clothes hadn't been so obviously from the 1950s that it could have passed for a modern piece.
My first introduction to A Taste of Honey was many, many years ago at school, as one of a series of films, along with others such as Cathy Come Home, shown to interest us in current affairs and spark debates over the topics raised. So I've always rather seen it as a drama-documentary dealing with the 'issues' of single motherhood, homophobia or racism. Watching Derby Theatre's co-production with Hull Truck Theatre this last week I realised it's about much more - each and every character is looking for that elusive thing "love'. Do they find it? Well, go along and find out.
The cast are all excellent, particularly Rebecca Ryan and Julie Riley; it moves quickly from laughter to tears - and back again; and is great entertainment while still giving you something to think about.