Spring-time in the wood

We may have had another sharp frost overnight but that doesn't seem to be slowing down the arrival of Spring. 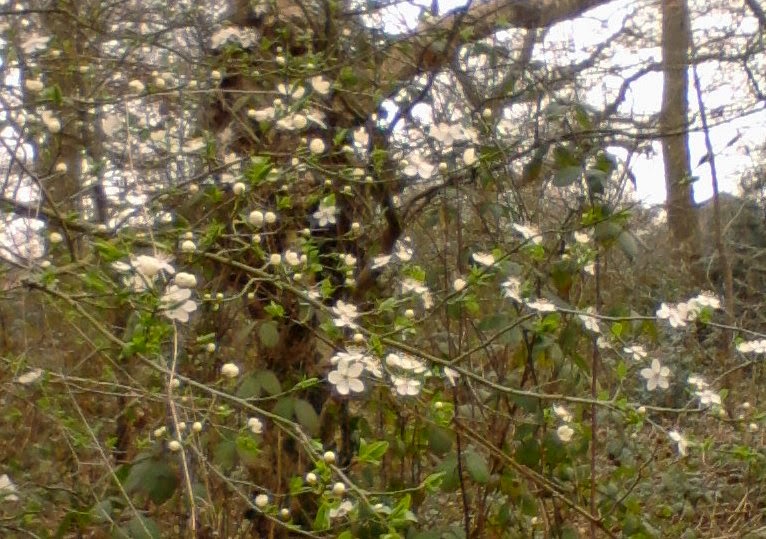 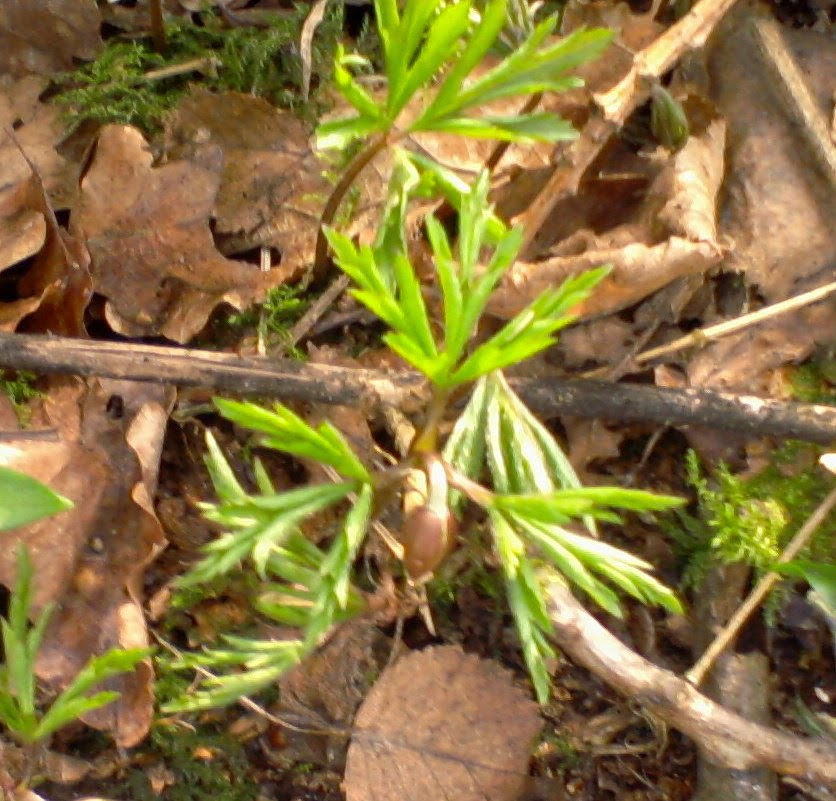 Shoots of wood anemone and  bluebells are through 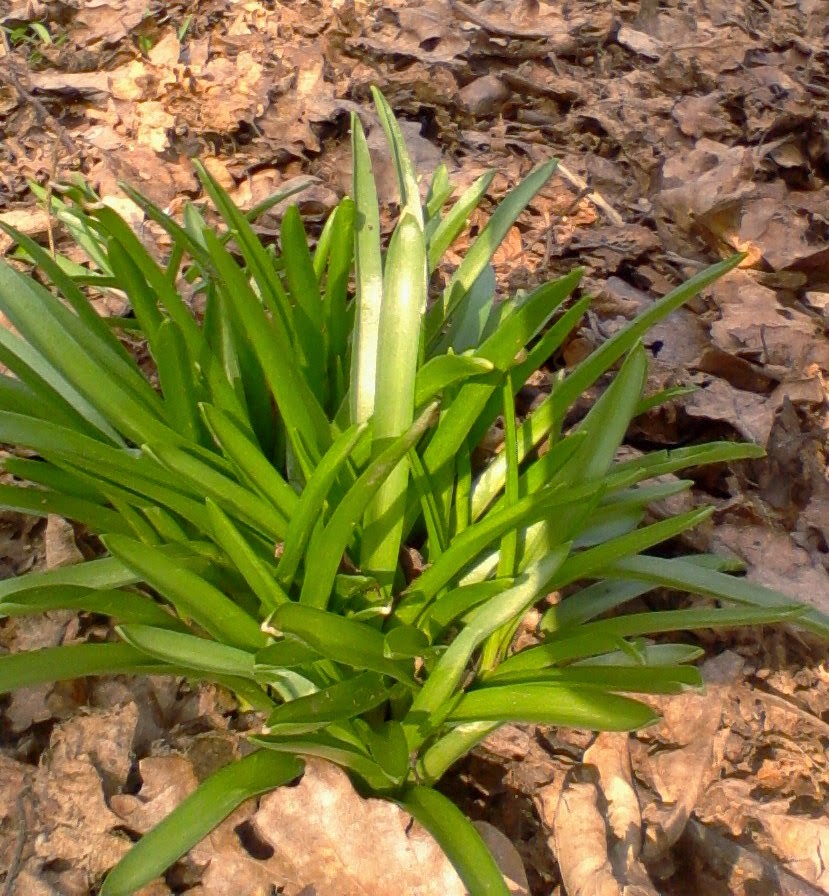 There's frog spawn in the pond 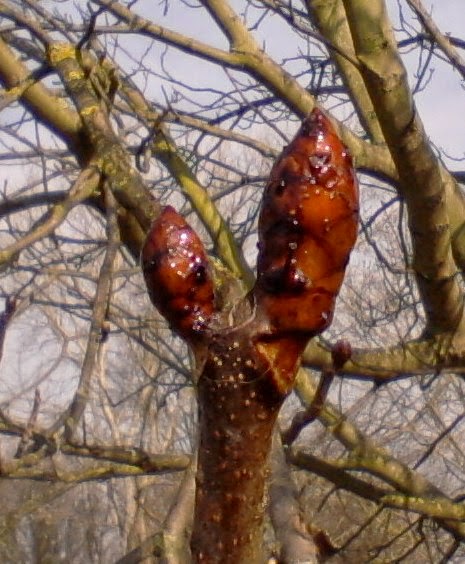 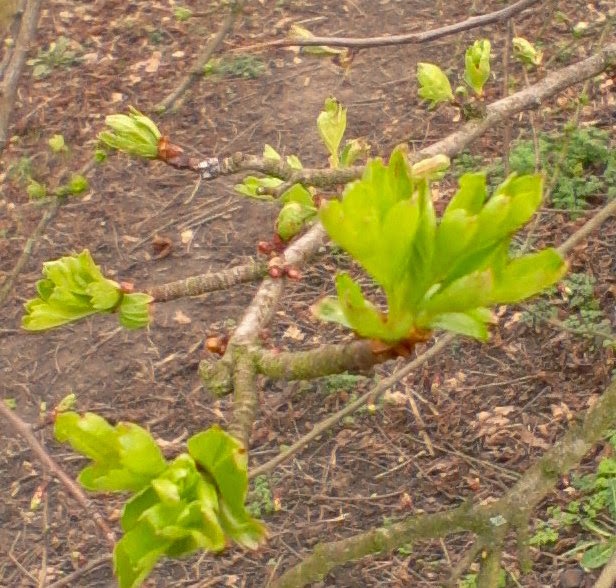 Buds on the horse chestnuts and leaves on the hawthorn

What I'd really life now is some lovely warm weather for Easter....

Olivia and Edward are getting married - hopefully. Olivia, though, still has feelings for her ex, Leonardo, and to complicate things further, Leonardo's uncle was responsible for the deaths of Edward's father and brother. Edward's mother Agnes is not one to let bygones be bygones but thinks that a real man would be seeking revenge, not planning on asking the 'enemy' along to the wedding! What could possibly go wrong for the happy couple?

Wednesday night, we were back at Derby Theatre for the second time in a week! Monday evening's visit was to a one-woman show in the Studio; this time we were back upstairs in the main theatre to see a co-production between Derby Theatre, Graeae theatre and Dundee Rep of a new adaptation of Lorca's Blood Wedding.
This turned out to be a surprising performance in a couple of ways - at first because of  the seamless way in which disabled actors were integrated into the cast. This isn't a play about disability, like say Children of a Lesser God, but one in which some of the characters just happen, coincidentally, to be disabled, as any of our family and friends might be. It's unusual but after a minute or so I found myself ignoring the disability and just concentrating on the acting and developing plot. 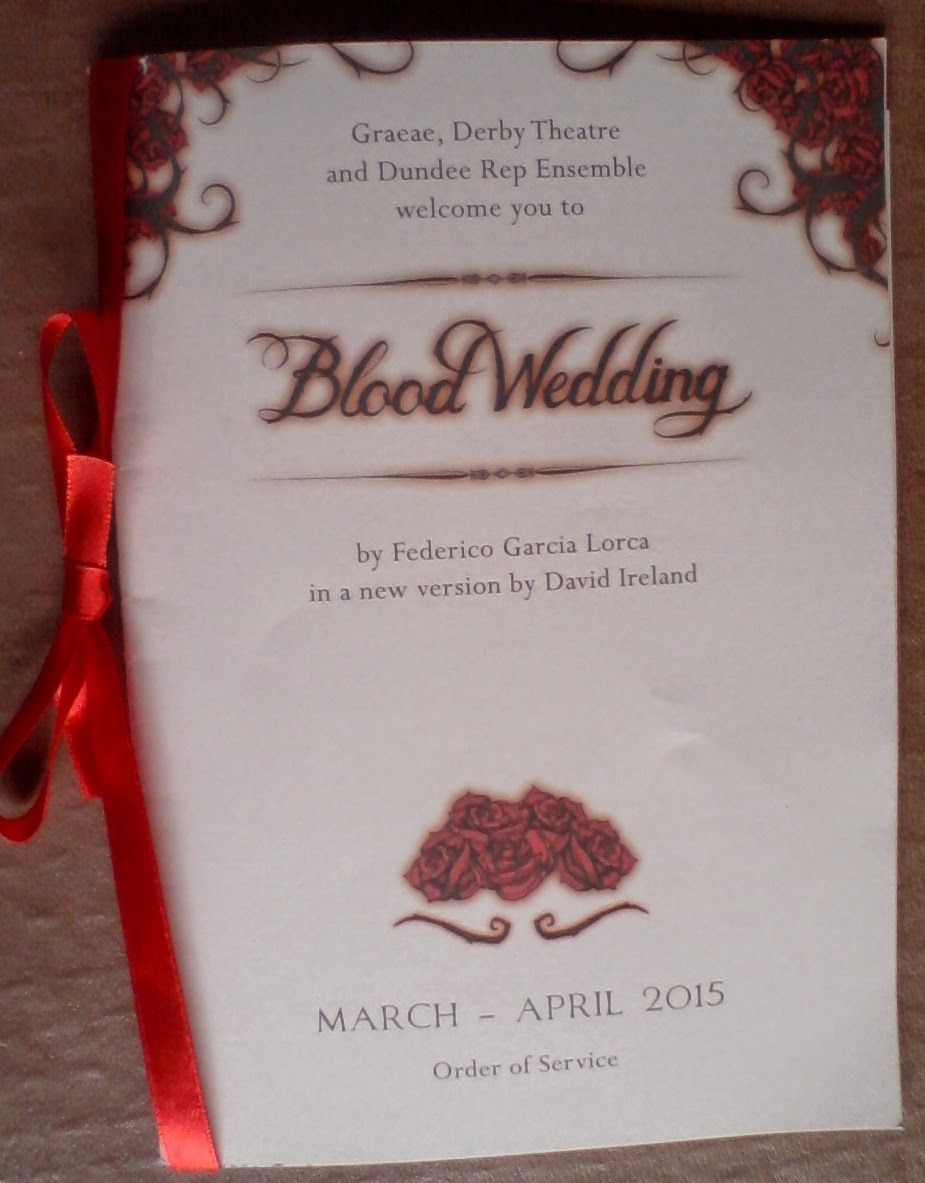 The greater, longer-lasting surprise was to discover that Lorca could be funny! I'm not certain but I think I've only read his plays before and not actually seen them performed, and I've always imagined them as tales of doom and death, full of passion and fire, but not big on light-hearted comedy. This adaptation by David Ireland brought out a lot of humour - some, though not all, of which must have been there in the original; sometimes it's just the way a certain line is said that makes the difference between a serious moment and a comic one. Tragedy still stalks the wedding though, almost personified in Agnes who dresses in her mourning clothes even for this joyous occasion!

All in all another excellent evening of entertainment from Derby Theatre - enjoyable and thought-provoking!

Last night we were back at Derby Theatre for Penelope Retold - Caroline Horton's one-woman dramatisation of the life of Penelope, the wife Odysseus left behind when he went off to the Trojan War. This was first performed alongside the Derby Theatre production of The Odyssey last year but I never got round to seeing it at the time so was delighted to see it back for two nights.
It all felt a little cloak and dagger as the audience assembled in the main theatre foyer and then was escorted downstairs and across the car park to a secret door leading to the Studio - what we didn't realise as we filed into our seats was that Caroline was already in place on 'stage', in the bed, the one Odysseus made from a live tree, that took up most of the performance space.
It might all sound a little quirky but the performance itself was spellbinding. Horton took Penelope's story from the Greek myth, mixed it with input from present day military spouses, added in a little audience participation, and brought it wonderfully to life. We shared the highs  - partying at her wedding - the lows  - as Odysseus left her for war (again) - and the determined cheerful face she showed the world. I just wish it could have lasted longer than 50 minutes!

Solace of the Road - Derby Theatre 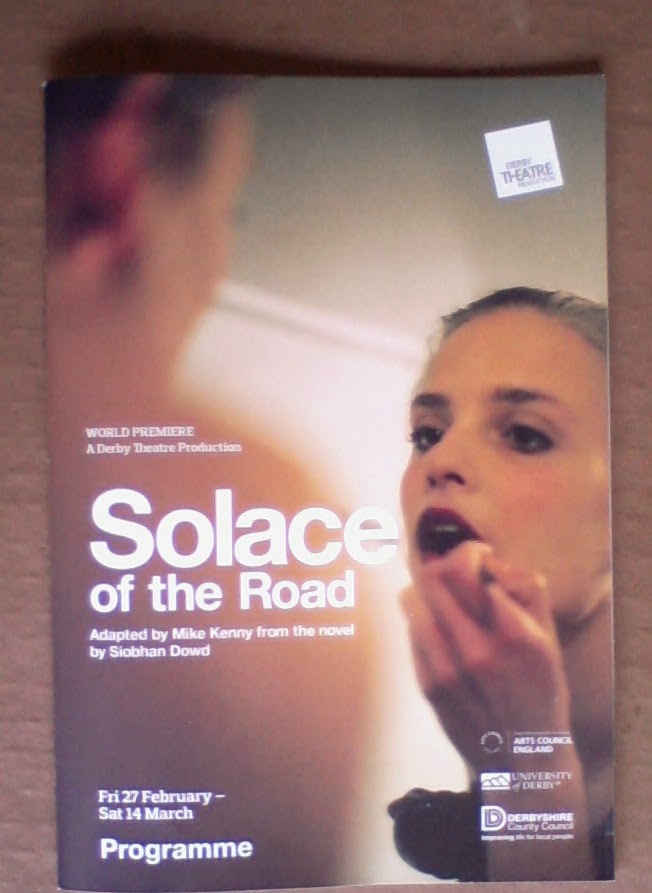 Holly is 14, just about to turn 15, and after an argument with her foster-parents she's setting out on the road to Ireland to find her mum. All she's taking with her is her special 'lizard' bag, a glamorous blond wig which turns school-girl Holly into older, more confident Solace and a lot of hopes and dreams.....

On Saturday I had tickets for the preview of Derby Theatre's latest production - an adaptation by Mike Kenny of Siobhan Dowd's novel Solace of the Road. Despite being based on a book for teen readers and although the central character, Solace, is fourteen turning fifteen, don't be fooled into thinking this is only going to appeal to youngsters. It's a vibrant, funny and moving piece of theatre, and I was so immersed in it that by the time it ended I'd forgotten what time of day it was!

It's packed with great performances from all the cast. Having seen Rebecca Ryan previously at Derby Theatre in A Taste Of Honey, I'd expected good things, but she was outstanding as Solace - a believable 15 year old, full of anger, pain and youthful optimism - and the rest of the cast, each playing three maybe four characters, was equally brilliant.

Derby Theatre seems to get better every time I visit and I've probably said it before but I love having great theatre like this on my doorstep!
Posted by maryom at 15:18 2 comments: