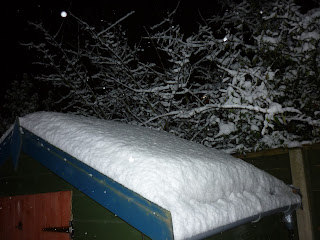 The heaviest single snowfall of these last 2 weeks fell overnight on Friday. The weather forecast said it would melt away quickly so about midnight I ran outside with the camera....  yesterday morning we had about 5 inches blocking roads and drives, by this morning with the help of some rain it's all melted away... 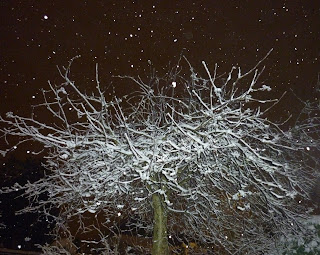 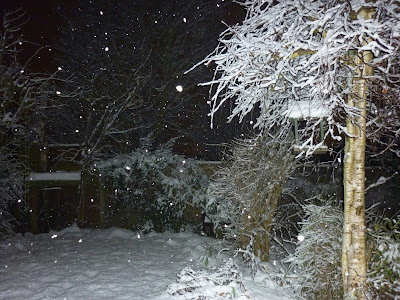 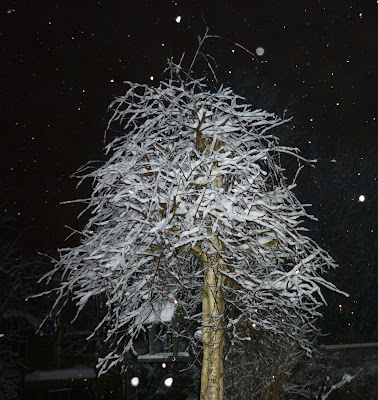 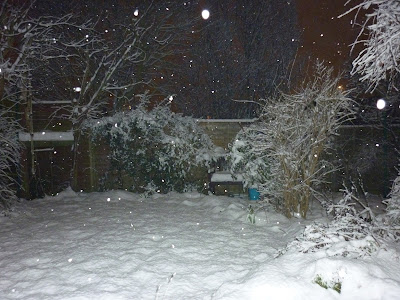 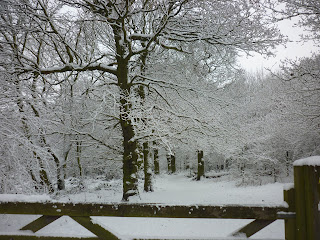 After the weekend's snow, the dog-walk wood has been transformed into a magical snowy forest so I couldn't resist going out with the camera -again! 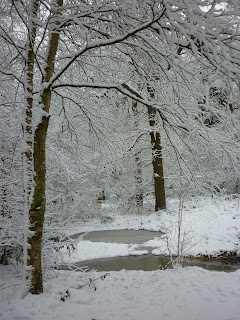 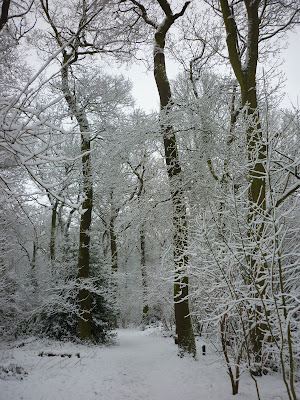 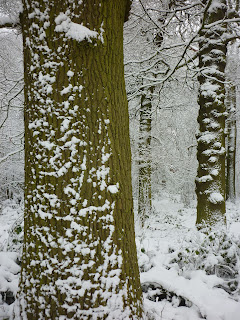 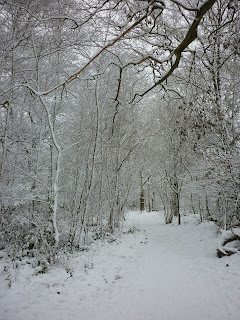 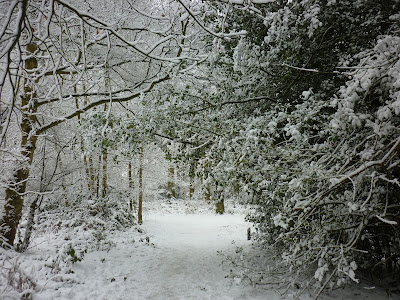 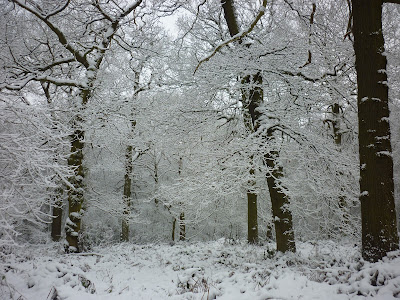 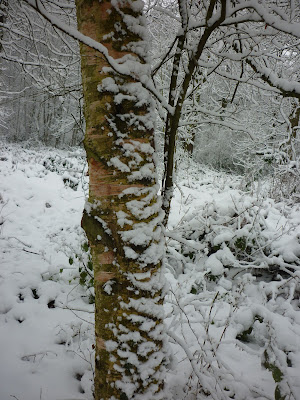 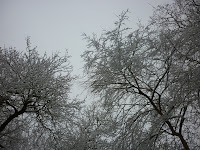 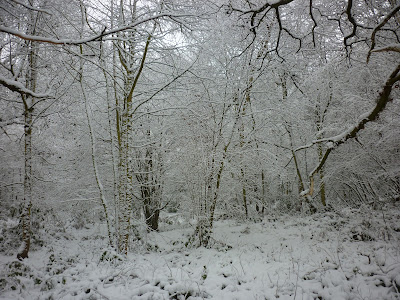 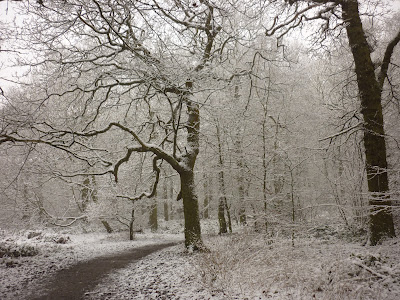 We had our first real snowfall of this winter overnight
- so I had to head up to the woods with the camera... 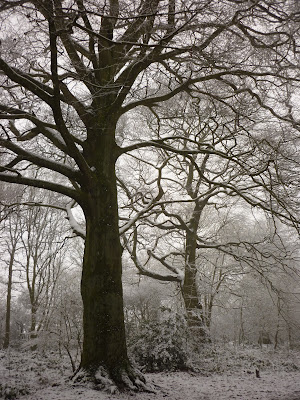 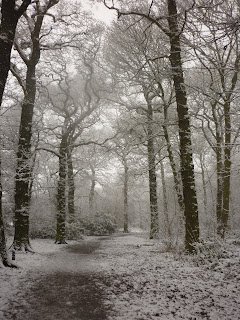 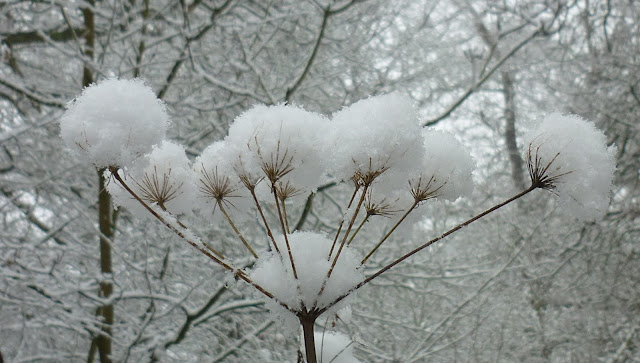 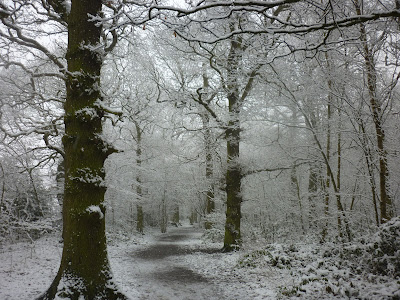 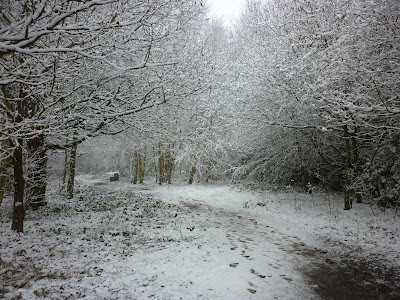 When we sit down for an evening of watching dvds, the teen and I can never decide which to watch - sometimes we seem to spend as much time making up our minds as actually watching!
So, here is the cunning plan to reduce that decision making time - we pick Film A at random (Love, Actually as it turned out) then Film B must have one actor in common with it (Dave - with Laura Linney in common); a different actor (Kevin Kline) makes the link to Film C (Definnitely, Maybe) ; another (Abigail Breslin) from C to D (Nim's Island). etc etc
I think it just mainly proves how nerdy we are! - and that possibly we spend too much time watching DVDs.  I don't know how long we can keep going through our dvd collection this way without having to repeat something - and how we're ever going to make a link to the House of Flying Daggers. We tried to work it to include films as shown on TV but even one week in that's proving too difficult so they're excluded.

Love, Actually - linked by Laura Linney to
Dave - linked by Kevin Kline to
Definitely, Maybe - via Abigail Breslin to
Nim's Island - via Gerard Butler to
The Bounty Hunter

Well, Christmas and New Year have gone and the world seems full of people making resolutions of what they'll achieve this year. Reading on other people's resolutions on blogs made me wonder what I should do....and when I thought for a while, it just boiled down to - finish all those things that are started and abandoned.
I can easily think of half a dozen gardening or craft projects started and not finished.....or decorating.... or dieting... or getting fit...there are even language courses sitting neglected in a cupboard somewhere.
So, no NEW resolutions, just a determination to pick up some old ones.
Posted by maryom at 18:42 No comments: