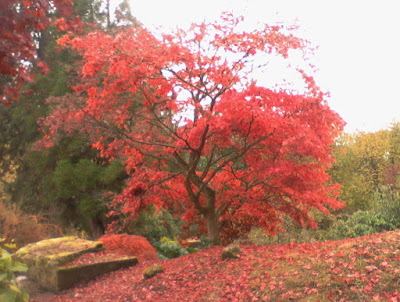 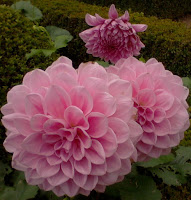 It's our second visit to Chatsworth this autumn, so, although the Sotheby's sculpture exhibition is still running, this time there's less 'art' and more 'trees', though really they are as stunning in their own way. 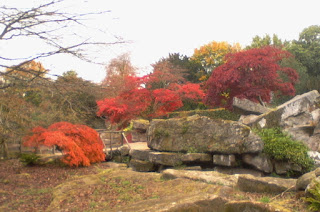 This year, the colours seem even more vivid than usual - perhaps due to the warm, sunny autumn we've had so far. 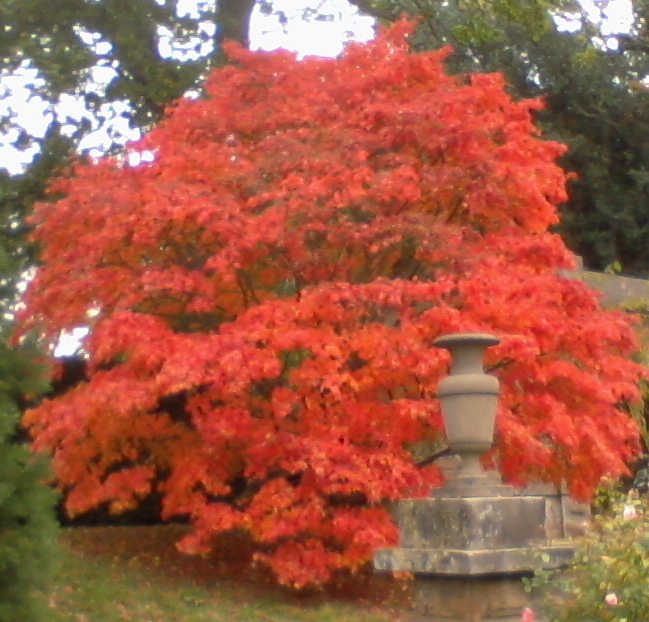 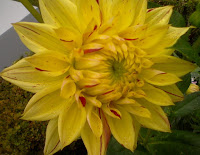 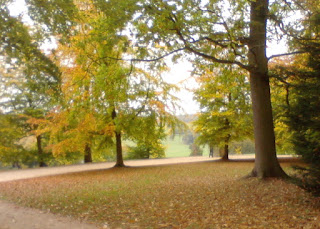 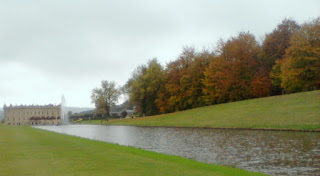 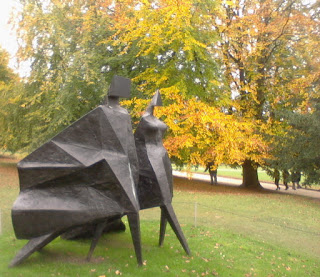 Just one sculpture though as I couldn't resist including this Lynn Chadwick couple, as they stride in front of the autumnal backdrop.
Posted by maryom at 12:14 1 comment: 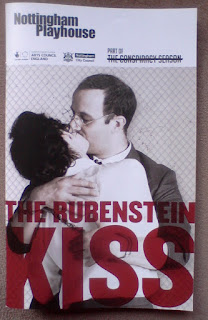 The second production in Nottingham Playhouse's Conspiracy Season is based on the real-life story of American-Jewish couple Ethel and Julius Rosenberg who were accused of passing nuclear secrets to the Russians - and executed. The Rubenstein Kiss blends fact and fiction moving from the 70s when Matthew and Anna are brought together through their passion to clear Esther and Jakob Rubenstein, in their view wrongly accused of spying, to the 40s and 50s as the events unwind leading up to the betrayal by Esther's brother David and the arrest of the couple.

It's a moving, thought-provoking and brilliantly acted piece of theatre. There's generally some background noise in an auditorium, a cough, sweet-papers rustling, someone fidgeting in their seat, but for once there were times when the whole auditorium was hushed, mesmerised by the scene unfolding on stage.
The acting throughout was brilliant. Joe Coen and Katharine Manners as the Rubensteins convinced as lovers passionately committed to each other and their ideals, and Simon Haines and Gillian Saker as the 70s couple discovering unpleasant truths about each other, but I was most impressed by Mark Field, as David, moving from a happy-go-lucky youngster to a man tormented by guilt, as he admitted the mistake that led to Esther's arrest.
Although the story plays out to a conclusion on stage, it doesn't feel over. It left me wondering about the Rubensteins/Rosenbergs - did they actually commit the crimes they were accused of? what was the leverage that would persuade a brother to accuse his sister, and what role did the brother's wife really play? This is a play to make you think about loyalties - to family, country and ideals - and make you question what your reactions would have been in such circumstances. it's easy to say "I wouldn't have got into the whole mess - I'd never do that" but stretch your imagination, wonder about if you had something or someone that you cared about that much, what would you do then?