Sherlock Holmes: a Game of Shadows

A series of bombings is shaking Europe and Sherlock Holmes believes the mastermind behind them is Professor Moriarty, intent on creating instability and starting a war - purely for his own profit. Despite his intentions to leave crime-fighting and settle down to quiet married life, Watson finds himself dragged rather forcibly into the quest to expose Moriarty.

I haven't seen the first Guy Ritchie-directed version of Sherlock Holmes, so I wasn't sure what to expect - and now I'm still not sure what to make of it. Certainly it's an adaptation like no other, but I'm not sure that's a good thing. Holmes, as portrayed by Robert Downey JR is no longer a quiet thinking man but one of action, parading around in a variety of bizarrely comic disguises and beating up all his enemies. Jude Law, meanwhile, who normally has such amazing screen presence was incredibly self-effacing as Dr Watson.

I wasn't at all impressed with the constant use of "bullet time" in action sequences. In The Matrix it seems appropriate and integral to the plot, in The House of Flying Daggers it beautifully captures arrows flying, turning a fight sequence into a ballet - but here it just seemed to be used for the sake of using it. There was definitely too much rapid panning and swirling with the camera - as we had seats quite close to the front, I was left feeling dizzy from it all.

I think BBC's Sherlock wins. If it's not going to be a close adaptation of Conan Doyle it may as well have a contemporary setting and re-worked plots.

- watch it on TV? Maybe, if nothing better was on. It was entertaining but just not Sherlock Holmes. 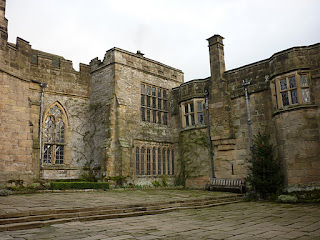 We paid another visit to Haddon Hall this weekend - this time for a Tudor themed Christmas. The house was decorated with evergreens and clove-studded oranges and the Tudor Group were there with dancing, singing and food.

Tudor feast on display in the Dining Room 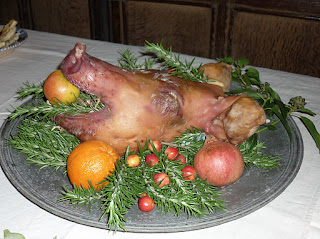 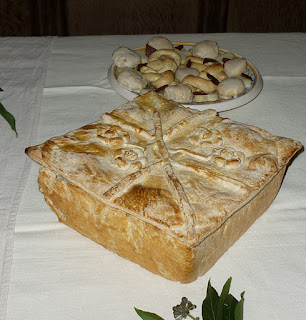 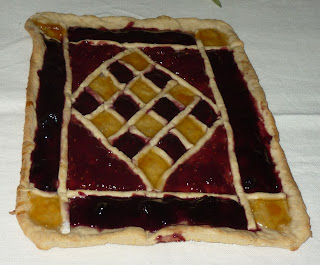 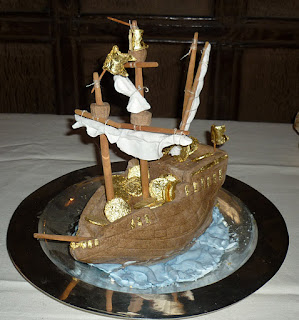 ...and a wonderful centre-piece, modelled from marchpane (a coarse marzipan) and decorated with edible gold leaf. 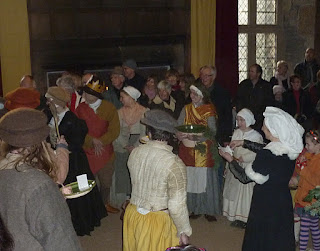 Entertainment from the Tudor Group in appropriate costume - dancing and singing from the period including a rousing ballad about fighting - and beating- the Spaniards!


Just as we left, the sun came out and lit the castle walls briefly in the midst of an otherwise dull day. 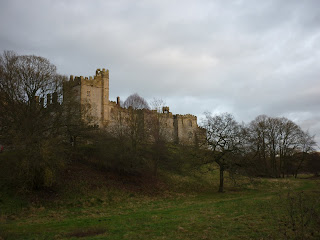