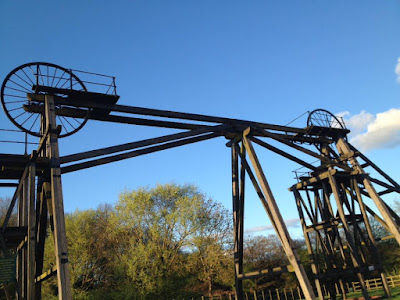 Driving home after visiting my parents this weekend, we stopped off at a small country park where the village pit once stood. 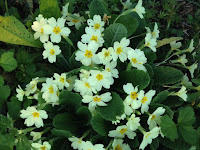 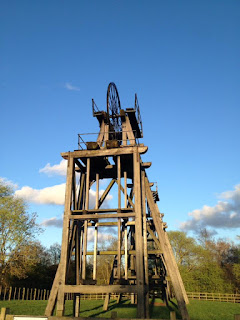 The pit itself closed long ago - in the 1930s - but when I was a child the headstocks still stood alongside a seemingly enormous 'slag heap' overgrown by weeds and saplings, and, despite warnings about uncapped mine shafts, I remember being taken there on walks with my mother, and playing among the ruins. In my memory, it's a wild, untamed place, with narrow tracks twisting through brambles, and leading who-knew-where. 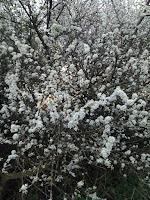 Now, it's been 'tamed'. The headstocks were taken away for several years, the site cleared, the shafts filled. Then the headstocks were brought back and a country park created around them, with proper paths and information boards. 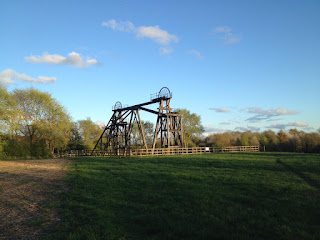 For many the place's importance comes from the association with local author DH Lawrence - his father was born in a nearby cottage, his aunt and uncle lived in another (which he used as the setting for a short story,"Odour of Chrysanthemums") - but for me it's just a bit of disappeared childhood. It's tidier and safer now, no doubt, but nothing like as exciting! 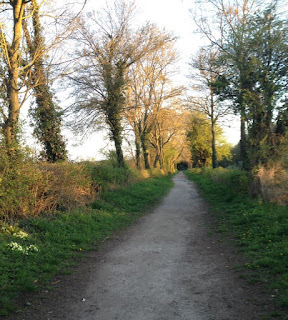 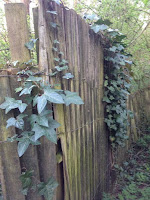