If the snowdrops are here Spring can't be far behind ... 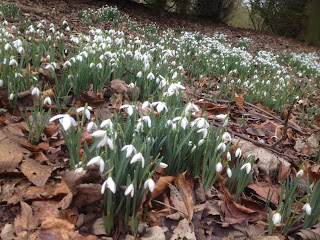 Every year, as January drags on and on, I look forward to the arrival of snowdrops, the first sign that Spring is on the way. 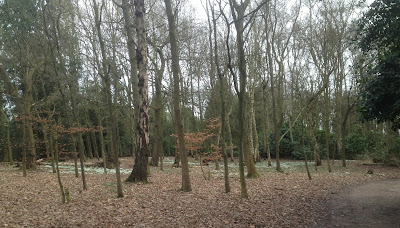 We're lucky to have a country park nearby at Shipley with a stunning display in what were once the outer, wilder gardens to Shipley Hall (of which only footings remain) - and, unlike many more 'formal' gardens, we can take the dog along, and as entry is (almost) free with just a small car parking charge, I can visit again and again. 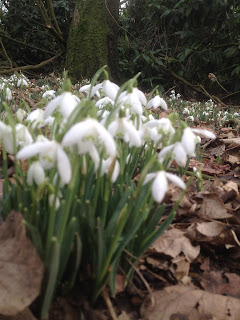 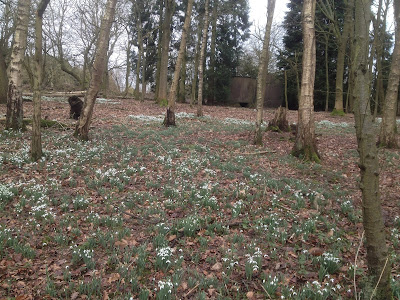 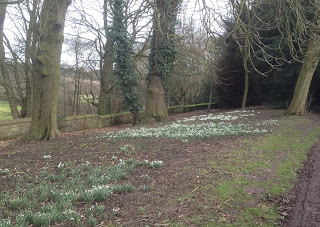 It's always tricky timing the right week to catch such a short-lived flower in bloom, and once again I've been too enthusiastic and headed out snowdrop-hunting that little bit too early. In a week or so this section of ground by the old drive will be white with flowers, but for now it's necessary to let your imagination fill in the gaps. 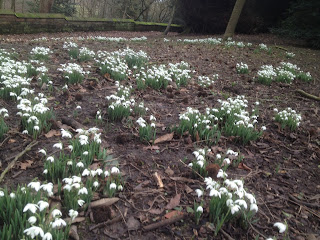 I suspect that more than one variety was planted here, for some clumps were fully in flower, while others were still in tight bud. I'm not an expert on snowdrops though, so even having seen several varieties on display at Calke Abbey last year, I can't tell the differences with any certainty. 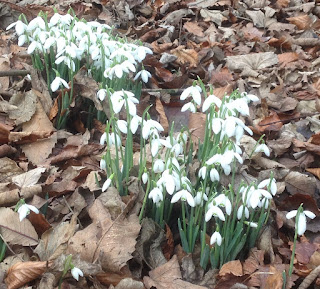 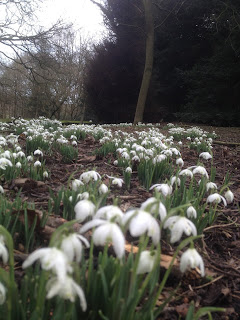 Even without the massed ranks of flowers, we had a pleasant walk in surprisingly warm sunshine, and I'm now convinced that Spring must be on the way! 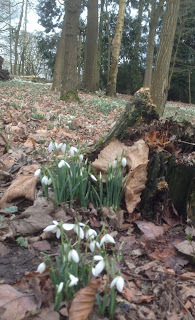