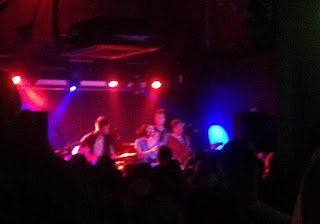 I saw Skinny Lister for the first time at Curious Arts Festival this summer, and absolutely loved them and their strange mix of rock and sea shanties that had everyone there toe-tapping and jigging along. Ever since then I've wanted to catch them again - in fact almost straight away I checked to see where and when they might be on tour, and, yes! they were coming to Bodega in Nottingham, promoting their new album The Devil, the Heart & the Fight but, oh so sadly, tickets were already sold out. Fortunately, in these days of social media, that's not the end of the world, and at the last minute I (or at least my teen acting for me) struck lucky as someone had two spare tickets.


With apologies to the other guys I've seen performing here and there, this was really my first 'proper' gig, and I was getting mixed feelings of being excited but nervy. This, of course, is the point at which I begin to wonder how stupid this whole idea is - aren't I really too old for this sort of thing? I've whittled about this before, pulled out of plans at the last minute and I'd made up my mind that in future I wouldn't use my age as an excuse, but bite the bullet and GO!
My teen seemed less worried by my age, and more that I would talk to strangers; probably about knitting or something. Perhaps with that thought in mind, she abandoned me as soon as we entered the venue - she tried to get down near the front, while I went up to a slightly raised area from where I think I got a better view of the band, but possibly at the expense of feeling a little out of the thick of things. Even so, I stamped and clapped my way through the evening, and I couldn't have helped support a guy crowd-surfing with a double bass anyway!

It was such a wonderful evening!
Skinny Lister were as great as I'd remembered, full of enthusiasm and energy, though on this smaller stage there was less space for dancing, and a risk that one of them might get punched by the accordion or a flying elbow. I love that their music is almost impossible to sit still to, and leaves me with a huge grin on my face.


And I certainly wasn't the oldest there! 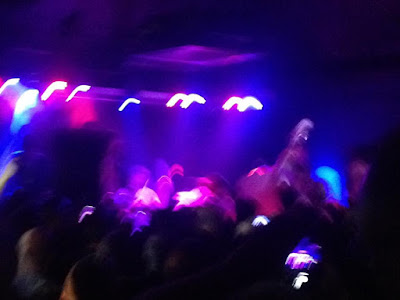 Something I haven't got round to yet though is buying one of their cds.
At Curious Arts, I'd left my money in the tent; last week I took my money along but was put off by the crowds flocking round the merch table after the gig.
Still, it just means I'll have to see them again ... 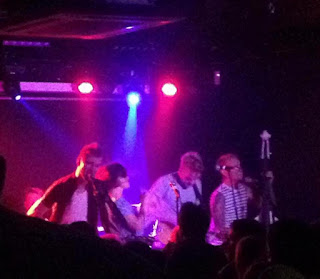 Start of the walk, Lea Bridge I've been out and about looking at bluebells for the past few weeks, but putting off a visit to ... 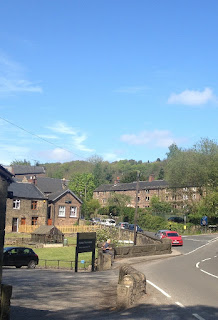