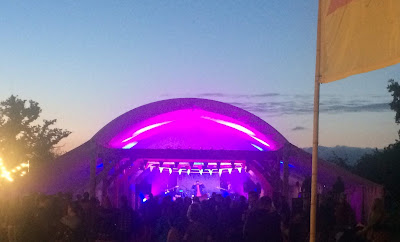 We're just back from a wonderful weekend at Timber Festival, courtesy of WildRumpus.org.uk. It's an event which combines music and fun with serious discussions on nature and environmental issues. Music, discussion, comedy, circus-style entertainers - imagine Edinburgh Fringe condensed into three days, and held in a forest. 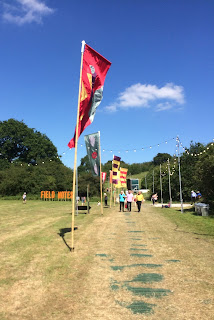 For the rest of the year the 70 acre site at Feanedock in the National Forest is quiet and peaceful, but over the last week or so volunteers have transformed it, installing stages, marquees, bunting, art installations, and the all-important 'facilities' - compost loos on the festival site, proper water-flushing ones and hot showers on the campsite (these amenities matter so much, so how wonderful is that?) 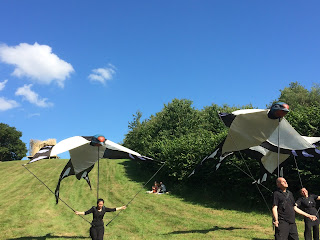 I'm going to be following up with more detailed posts but for now here are photos which I hope capture the joyous feel of Timber, and the wild and delightful things to be encountered there. 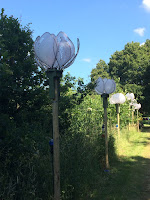 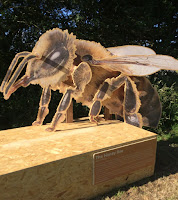 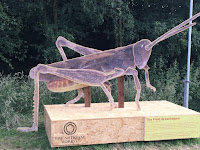 There were two main music stages, Field Notes and Eyrie, and a smaller pop-up style one, Elemental, for music, poetry and talks. The fun isn't limited to the stages though. 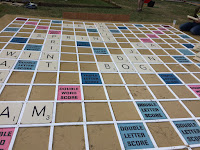 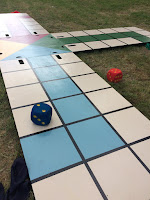 Walking round you might encounter a swoop of (puppet) swallows, giant woodland insects, poetry on trees, discover the Eyrie stage hidden in the trees, a willow 'Earth' hung with messages of hope, super-sized board games, a giant marble run, juggling and acrobatics, and a campsite in the woods with story-telling and music. 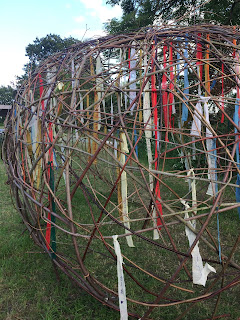 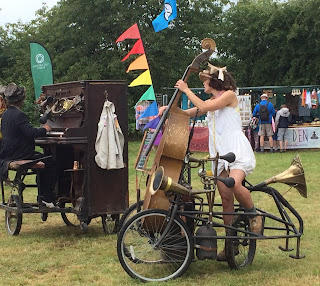 Music wasn't just confined to the stages as Rimski and Handkerchief toured around with their bicycle piano and double bass, and The Baghdaddies accompanied a procession of cardboard figures made over the weekend by volunteers and children. 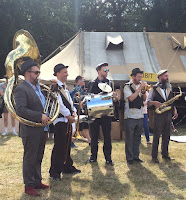 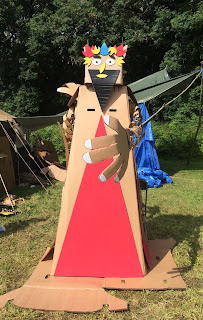 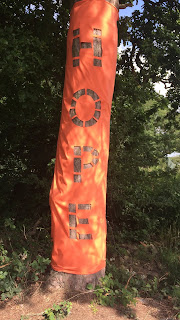 My favourite art installations, to which I returned time and again, were the Shimmer Tree, designed by Dan Fox, and a simple circle of hollow bamboo poles, both of which responded to air currents to make music. 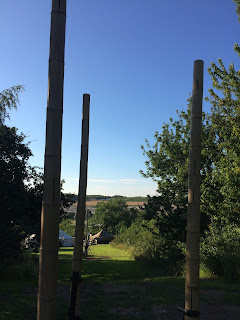 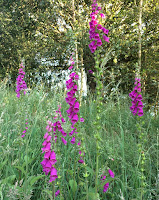 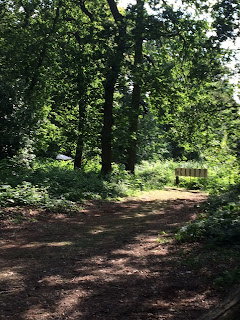 If some of this seems a bit hectic, you could find your way through a newly-created living maze, relax in a hammock with a book, book a massage or hot-tub session, or do as we did and slip slightly aside from the festival activities to take in the quiet of the forest, listen to birdsong, and later watch the sun set through the trees and from the Hollow Way Lookout. 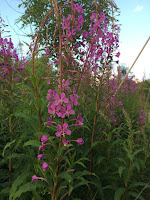 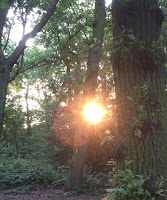 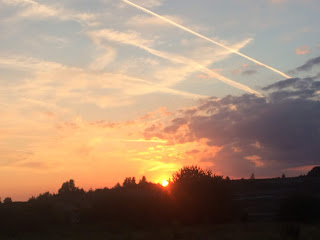 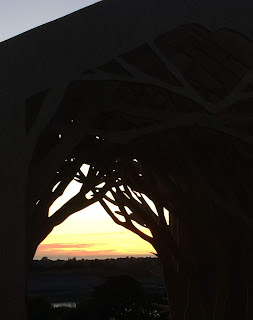 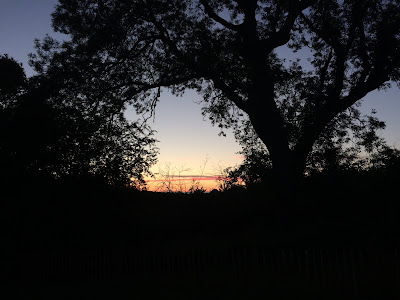 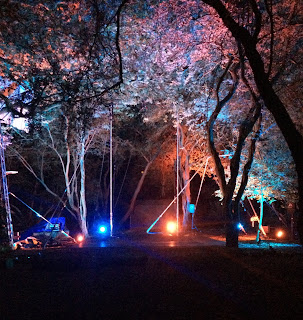 Everything takes on a different aspect after dark, and, as the sun set, the festival site transformed into a magical wonderland. 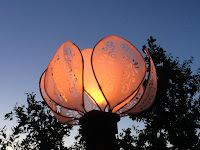 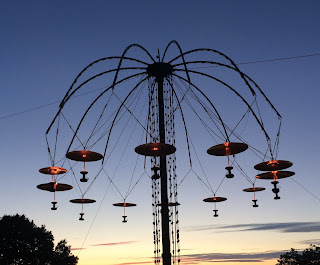 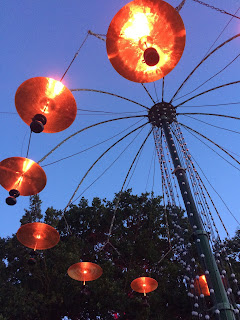 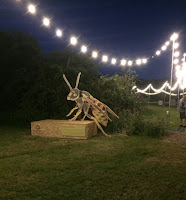 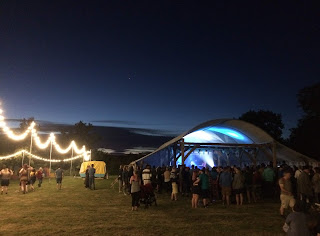 There were of course some mishaps - mainly involving our camping set-up and lack of  waterproof coats - though there were a couple of cancelled events (sad but inevitable) and a stall which had sold out of sausage sandwiches for Sunday breakfast; the world was saved when we found bacon elsewhere :)

The weekend left me feeling refreshed and inspired, though at the same time physically exhausted so despite our intentions to stay till Monday we took the comfy option of heading home late on Sunday night. I found a lot of interesting new bands, and heard new ideas, or old ones I'd neglected, which I'd like to incorporate into my life,  but more of these later ...

Dates have now been released for next year 3/4/5 July and earlybird tickets are available at TimberFestival.org.uk

Since writing this, I've seen other reviews of Timber Festival, mainly from the point of view of families, so here are some links. Let me know if you were there too

Typical Mummy
Posted by maryom at 16:45