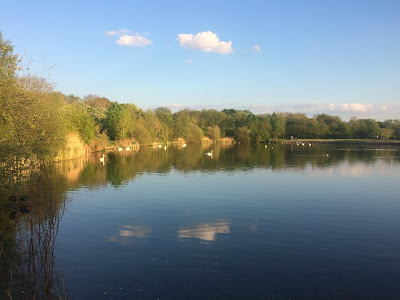 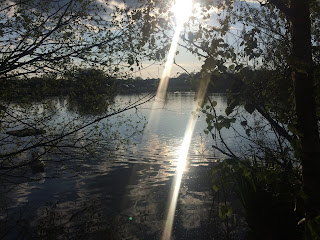 The warm weather has returned, and with it my determination to get out and about, even if only for a shortish walk. 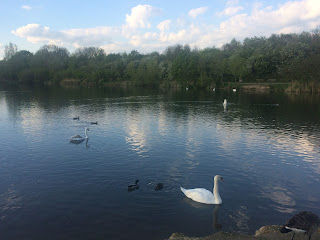 So late on Sunday afternoon we headed to Swan Lake/Straw's Bridge nature reserve. 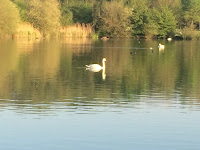 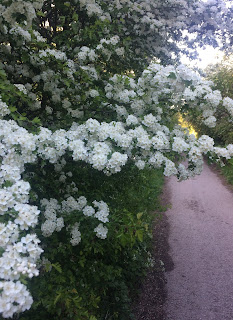 Spring has definitely advanced since we were last there, roughly a month ago. The trees are now green, the hawthorns full of blossom, and at least one family of ducks had youngsters swimming along with them. 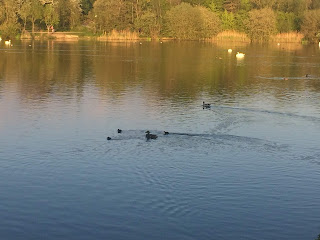 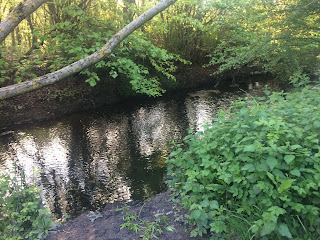 Our intention had been to only walk round the main lake, and sit awhile on one of the benches overlooking it, but Dylan the dog seemed inclined to walk further, so we did - picking up the old railway track, part of the Nutbrook Trail, where it runs alongside a disused canal behind the reserve, and following it a little way, then returning past two smaller lakes to Swan Lake. 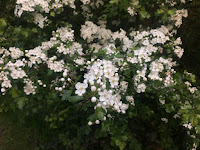 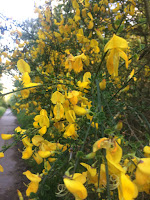 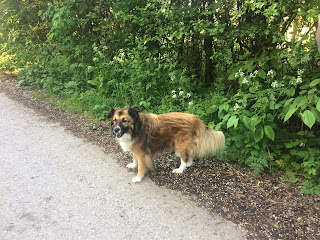 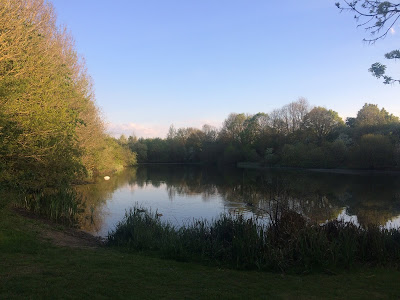 Above and below, the two smaller lakes, looking tranquil in the late afternoon sun 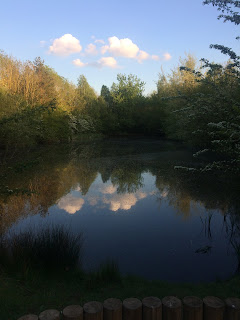 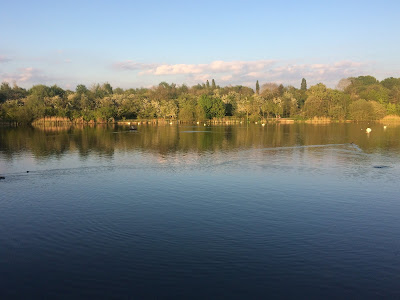 I attempt to count the swans each time we visit, but they were rather scattered around the perimeter of the lake this time, and a couple were perhaps sitting on nests, but my best estimate would be 20 on the main lake, with one other spotted elsewhere. 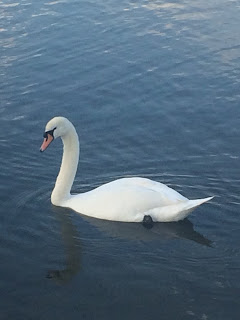 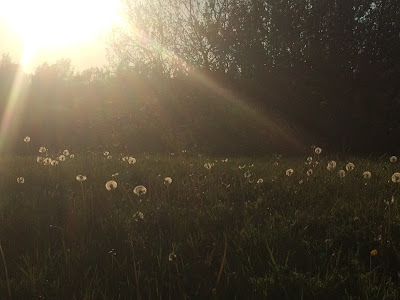 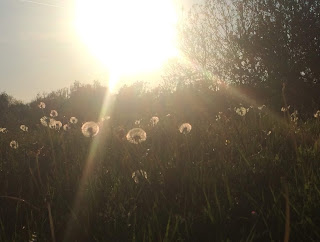 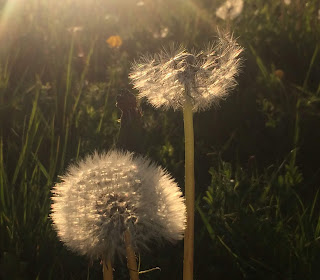 Most walks have a highlight of some kind - an unusual bird, or unexpected view - and for me on this visit it was catching this grassy bank with the sun shining through dandelion clocks. In part I wish I'd had a better camera along, but I've grown lazy and prefer to rely on my phone's camera, even if the shot doesn't come out perfect.