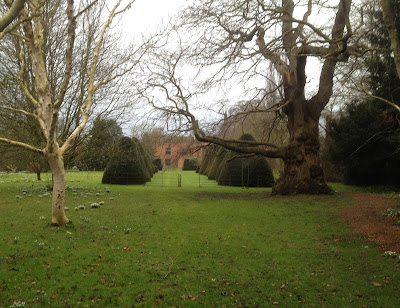 It's my opinion that you can never have too many snowdrops, or visits to gardens full of them. While weather forecasters are talking about a return of wintry conditions, they prove that spring IS somewhere on the way. So, having visited Shipley Park last month for an early glimpse of them, we decided it was time for another outing, this time to Holme Pierrepont Hall just outside Nottingham. 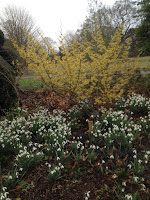 I'd heard the name "Holme Pierrepont" before - it's the location of a country park and water sports centre - but the Hall itself was a happy find through social media, and another new place to add to my #60Things list. It sits alone, down a winding country road, with only a church for company, and amazingly feels a million miles from a major city! 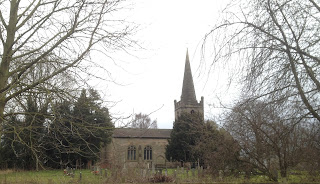 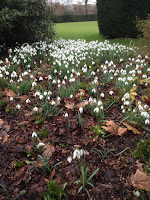 Our plans for earlier in the day had over-run, so we were a bit worried about being too late, but the owner (I think) welcomed us and promised he wouldn't throw us out for being a little over the announced closing time. That's so nice, don't you think? So many places want everyone off the grounds on time, or even five minutes before! 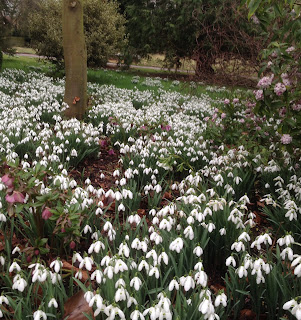 We'd been hoping the sun would appear for the afternoon, but it didn't, and although we'd have perhaps taken more time over our visit on a sunny day, it was still enjoyable and the snowdrops fab. 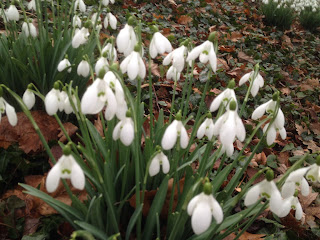 The first part of the 'snowdrop trail' leads through gardens near the Hall, where other early flowering plants - hellebores, witchhazels and a few eager daffodils - are also to be found. 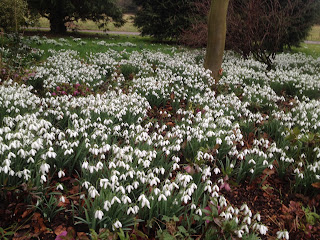 Then the trail took us past the church and to a two acre wood, where the snowdrops certainly claimed all the glory! All in all, a delightful find. 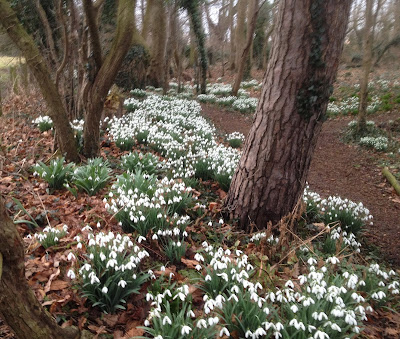